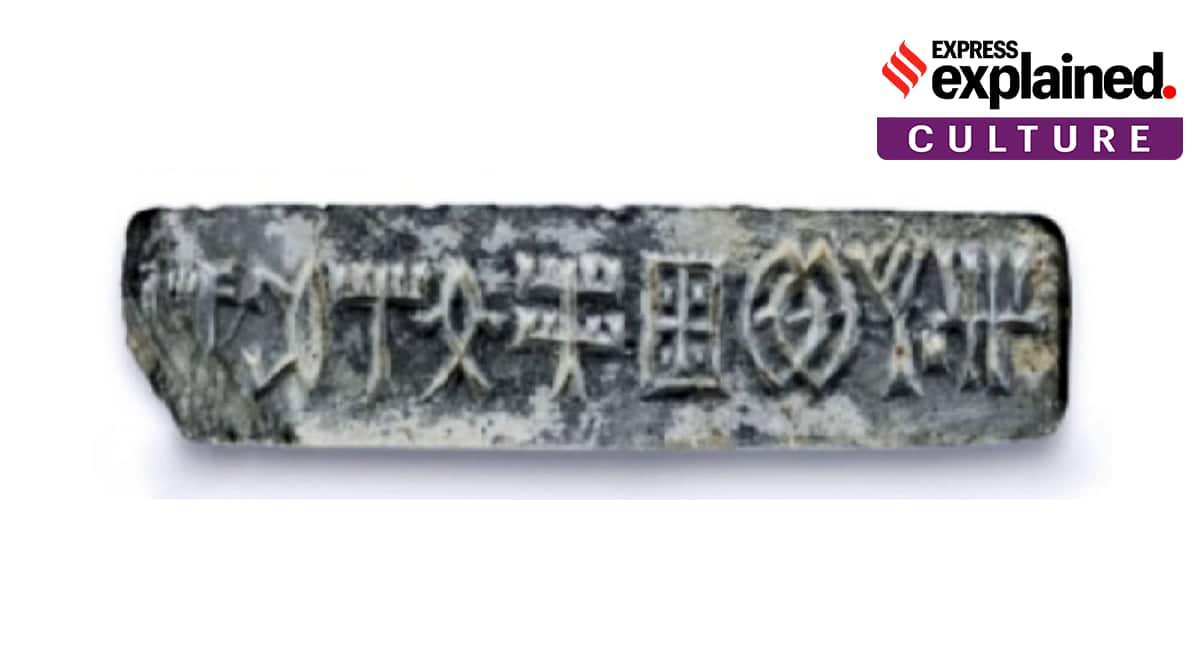 An ancient Dravidian language linked to the Indus Valley civilization

A new research paper published in the peer-reviewed journal of the Springer Nature Group has provided interesting new information about the linguistic culture of Harappans. Taking clues from a few words shared between the peoples of the Indus Valley and the cultures with which they came into contact, the article traces their linguistic roots back to Proto-Dravidian, which is the ancestral language of all. modern Dravidian languages. Subsequently, the article suggested that speakers of ancestral Dravidian languages ​​had a greater historical presence in northern India, including in the Indus Valley region from which they migrated.

What are the conclusions of the article?

The study took into account the flourishing trade relations between the Indus Valley Civilization (IVC) and the Persian Gulf as well as Mesopotamia. As a result, Mukhopadhyay searched Middle Eastern texts to locate foreign words with roots in the Indus Valley. The logic, as the article suggests, is the fact that when a commodity is not produced locally, we call it by its foreign name.

Therefore, the study found that the Akkadian word (a language spoken in ancient Mesopotamia) for elephant – ‘pīru’ / ​​’pīri’ and their variations, as well as the Old Persian word for ivory, ‘pīrus ‘may have had roots in the Indus Valley. . “My study argues that since archaeological data strongly associate Near Eastern ivory objects from the middle third to the early second millennium BC ȧb ‘,’ beḥu ‘,’ netcheḥ-t ‘) used in ancient Egypt (the only other major source of prehistoric ivory), has no phonetic connection to ‘pīru’, these words based on ‘pīru’ could probably have come from IVC, ”Mukhopadhyay wrote in the diary.

Further, the article suggested that in several Dravidian languages, “pīlu”, “pella”, “palla”, “pallava”, “piḷḷuvam”, “pīluru” are used to mean elephant. Mukhopadhyay pointed out the difference between the use of “l” in Indian languages ​​and “r” in Akkadian and Old Persian and suggested that “since the people of ancient Persia had served as intermediaries between Mesopotamia and IVC traders, while exporting IVC ivory, no doubt spread the word Indian elephant (“piru” “pilu”) in Mesopotamia as well.

Tracing further the etymology of the words, the article explained that they are related to the tooth root words in Dravidian languages ​​- “pal”, “pella”, “pallu”, “palu”, which are undoubtedly related to the words it means elephant or elephant tusk, i.e. ‘pīlu’, ‘pillakā’, ‘palla’, ‘pella’. Commenting on how the elephant is another nickname, “dantin” or “tooth-haver” in Sanskrit is rooted in the Indo-Aryan and Indo-Iranian word for tooth, “danta,” the paper suggested that “the relationship between the Proto-Dravidian tooth-word and Dravidian elephant-words based on ‘pal’ / ‘pīl’ must be deeply etymological, and not accidental.

The document provided further evidence relating “pilu” to the words used for dent in Proto-Dravidian. Several Indian words refer to “Salvadora persica” (better known as a toothbrush tree in the Western world and as “Miswak” in Arabic speaking countries because its branches are used as a natural toothbrush. ) as “pilu”. This suggests that just like the word elephant – pilu, the name used for the tree is also rooted in the Proto-Dravidian word for tooth.

Mukhopadhyay further wrote that “the Indian epic of Mahābhārata (Ganguli, 1883-1896) frequently associates the ‘pīlu’ tree with regions of the Indus basin, proving that the phytonym ‘pīlu’ was widespread in the valley of the Indus since antiquity.

How do the findings of the article develop our understanding of the Indus Valley civilization?

The article corroborated similar arguments made by a few researchers in the past, in particular that of Asko Parpola, an indologist at the University of Helsinki. Parpola in his work published in 2010 mapped the symbols used in Indus Valley writing and connected them to words used in modern Dravidian languages. Based on this, he concluded that the underlying language of the Indus script was Proto-Dravidian.

Mukhopadhyay’s study comes shortly after a recent genetic study published in the peer-reviewed journal ‘Science’ in 2019 that argued for the spread of Proto-Dravidian languages ​​from the northwestern regions of India to the south. from India. The article titled “The Formation of Human Population in South and Central Asia” suggested that after the decline of the Indus Valley civilization, groups from northern and northwestern India speaking a proto-Dravidian language moved south and east. “One possible scenario combining genetic data with archeology and linguistics is that Proto-Dravidian was propagated by the peoples of the IVC with the Indus Periphery Cline component of the ASI (Ancestral South Indian). Non-genetic support for an IVC origin of the Dravidian languages ​​includes the current geographic distribution of these languages ​​(in southern India and southwestern Pakistan) and a suggestion that certain symbols on the ancient seals of the Valley of the ‘Indus denote Dravidian words or names,’ the newspaper said.

“So one could say that based on the cumulative evidence that is now available in terms of linguistics, genetics and archeology, the rational and parsimonious explanation of the spread of Dravidian languages ​​in India is a movement of people from the north- West India to South India, “said Tony Joseph, author of the book” Early Indians “(2018). Joseph says the common understanding is that this movement occurred after the decline of the Harappan civilization in 1900 BC, but in his book, he explained why this movement could have started a little earlier ”.

Mukhopadhyay pointed out that Proto-Dravidian was perhaps one of the many languages ​​spoken in the Indus Valley region. She noted that the languages ​​of the Dravidian group, although they are spoken mainly in southern India “also have scattered representations in northwest India (Brahui), northeast (Kuṛux, Malto) and the center (eg Kolami, Naiki, Parji, Ollari, Gadaba), indicating that Dravidian speakers perhaps had a much larger prehistoric presence in northern India, including IVC regions ”.

Joseph explained that the statement made by the recent article on Dravidian languages ​​spoken in Harappan civilization “is consistent with the latest genetic study which found that some of the Harappan migrants whose ancient DNA had been recovered from the outskirts of the Indus “carried the Haplogroup of the Y chromosome H1a1d2 which today is found mainly in southern India”. The possible implication of this discovery is that there was a population movement from northwest India to southern India ”. Joseph also said that while the new study does not comment on Indo-European languages, it does not conflict with the prevailing academic understanding that the migration of speakers of Indo-European languages ​​to India has taken place. is produced approximately between 2000 BCE and 1500 BCE when the Harappan civilization was in decline. In other words, Arya-Sanskrit-Vedic culture came after Harappan civilization and although it is an important and important constituent of Indian civilization, it is not its oldest source.