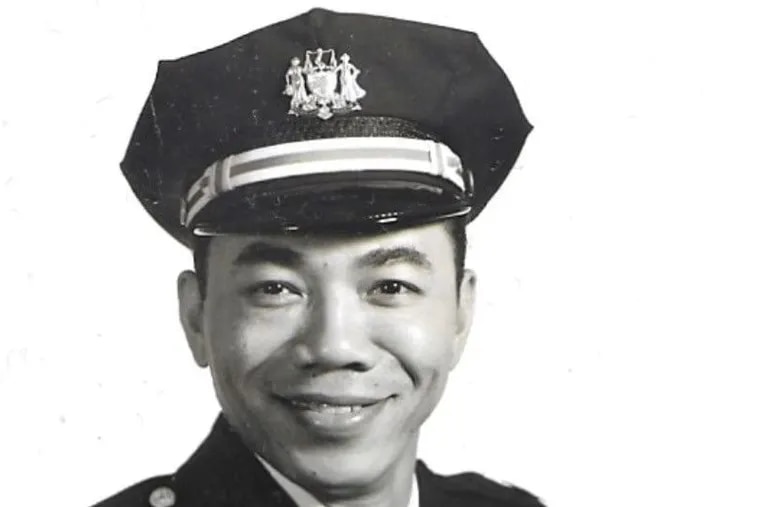 Chief Inspector Wong retired from the police force in 2003 as the most senior officer of Asian-American descent, said John Chin, executive director of the Philadelphia Chinatown Development Corp. (PCDC).

He joined the department in 1953 after serving in the United States Army. At the time, he was the only Chinese-American force officer, his family said.

â€œHe was something to aspire to in the Chinese-American community,â€ Chin said. â€œAll the elders in the community knew him and knew him.

Mr. Wong was a founding member of the PCDC and Executive Director Emeritus. He also served on the board of directors of On Lok House, an apartment building for low-income seniors.

â€œHe was very loyal to Chinatown,â€ said Cecilia Moy Yep, the founder of the PCDC. â€œHe was active in the meetings, especially on the On Lok house. It was her baby.

The Philadelphia Chinatown Development Corp. was founded in 1969 after the community of Chinatown in 1966 began fighting plans to demolish the Holy Redeemer Church and Catholic School to build the Vine Street Freeway.

Mr. Wong was then a police captain and could not participate in the street protests, but he attended meetings and offered his expertise. â€œHe was respected,â€ Yep said.

â€œTony is part of a closing chapter in the progress of Chinese Americans in Philadelphia and the generation that saved Chinatown from the Vine Street freeway,â€ Chin said. “We will miss him.”

Mr. Wong was born in Philadelphia on April 17, 1928, the only child of Chinese immigrants, who owned a restaurant in Chinatown.

After high school he joined the military and served in the occupation forces of World War II in Europe. He also served in the Korean War, his daughter, Ana Mai Wong-Trainor said.

In the military, he served in counterintelligence, as an interrogator, translator and in the military police.

World War II had just ended when Mr. Wong was posted to Germany. However, IOF soldiers could still face fighting.

One incident in particular persuaded him to study foreign languages, Wong-Trainor said, and he became fluent in German and Russian.

This incident occurred while his unit was on a security patrol in Germany. The American soldiers there encountered a group of soldiers from the Soviet Union, also part of the Allied occupation forces, but were unable to communicate with them due to the language barrier and nearly engaged in a conflict.

Wong-Trainor said his father tried German and some French in high school, but none worked.

â€œFinally, an international patrol arrived and saved the day,â€ she said. “He swore at that point that he would learn Russian.”

He has taught criminal justice, criminal investigation, law and procedure at Community College of Philadelphia. He also used his German language skills to help Jewish concentration camp survivors who moved to Philadelphia.

In the police department, he served in narcotics, vice-enforcement, and the patrol bureau.

As one of the first Asian Americans to serve in the Philadelphia police force, Mr. Wong did not dwell on racial slurs, Wong-Trainor said.

â€œHe didn’t insist on discrimination. He believed that you should do everything in your power so that you are not denied. So that you are the best.

In addition to his daughter, Mr. Wong is survived by a son, Anthony Wong Jr., three grandchildren and a great grandson. His wife Dorothy and daughter-in-law Bonita Mariano died earlier.