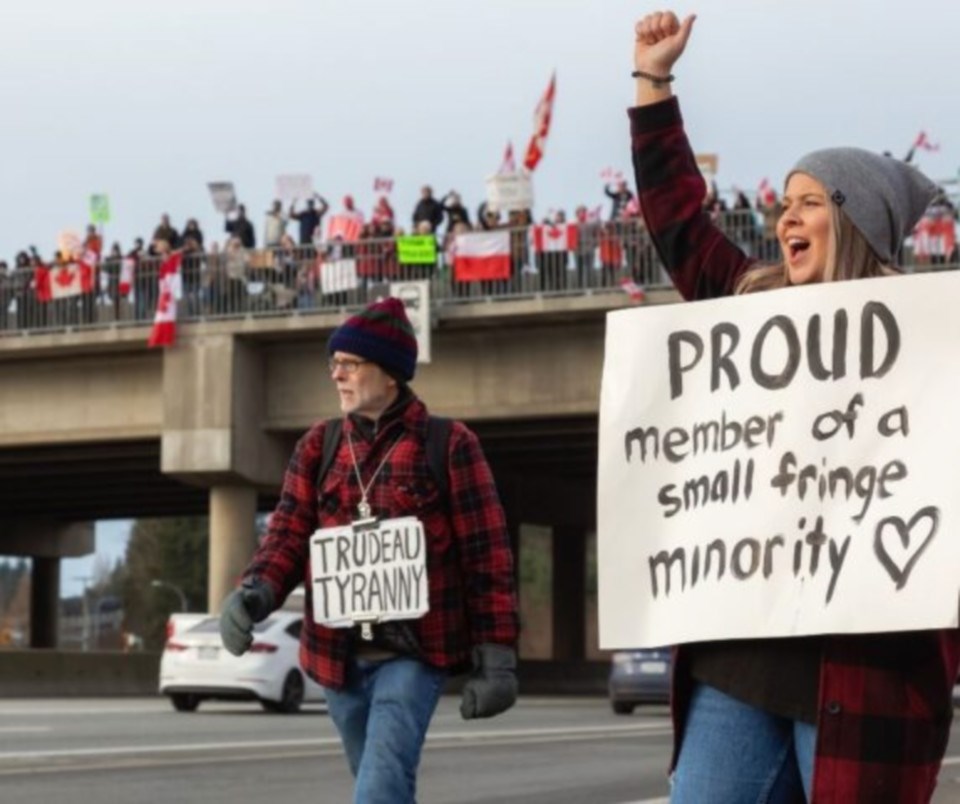 With a large Eastern European diaspora in Canada, some immigrant communities see a parallel between recent emergency powers and the dictatorships they fled

As the world awoke to the latest reports of Russian attacks on Ukraine, the short-lived emergency law evoked memories of Eastern European dictatorships among some communities and sparked thoughts on ‘democracy’ and ‘freedom’ among ethnic media commentators.

A number of ethnic media outlets have pointed to what they see as hypocrisy and double standards by Prime Minister Justin Trudeau’s government for supporting disruptive protests around the world but cracking down on similar protests at home.

“For many ethnic communities, part of the conversation was always about the nature of democratic freedom in Canada versus the regimes of their home country,” says Silke Reichrath, editor of MIREMS Ltd. – Multilingual Research and Ethnic Media Services. .

The sightings come amid a flurry of activity over the past week, including invoking and revoking the emergency law, parliamentary debate and law enforcement action to suppress protests in Ottawa and border blockades elsewhere.

Given the distinct ethnolinguistic perspectives offered by the ethnic media, several reports have therefore tried to educate the public on the meaning of emergency law and the powers it grants and does not grant to the government.

There was also a focus on concerns about right-wing influence in the Italian community, opposition to emergency powers within various diasporas, and the growing racism experienced by Punjabi truckers following the “convoy of freedom”.

“Another form of dictatorship”

MIREMS analysts have observed that most critics of the emergency law the invocation and repression come from members of Eastern European communities.

In Montreal, the Romanian site Pagini Romanesti reported that despite the great sympathy of Romanian-Canadian Facebook groups towards the Freedom Convoy protests, “Romanians have not rushed to support them financially.”

According to the publication, Romanians see truckers as “fighting to free themselves, and implicitly the rest of Canadians, from tyranny.”

“I lived under the Ceausescu dictatorship,” commented one donor. “Now I am fighting against another form of dictatorship.”

Over in Vaughn, the Russian site Netolko News reported that Calgary pastor Artur Pawlowski was jailed, held in solitary confinement and denied bail for a peaceful speech he gave to Coutts’ Freedom Convoy, in Alberta.

Pawlowski reportedly preached nonviolent resistance, but encouraged truckers to “hold the line”. The pastor compared the protest to the solidarity movement in Poland during the Cold War.

It should be noted that Pawlowski has been arrested multiple times during the pandemic for failing to follow public health measures at his church and breaching bail conditions.

Former Alberta Deputy Premier Thomas Lukaszuk observed in an interview with the Polish Gazeta in Toronto that part of the Polish community strongly supported the truckers.

But for him, “it is surprising that people who lived under communism compare the Canadian government to a communist regime (since) Canada is one of the freest countries in the world”.

He says he is also concerned that Canadians seeing the Polish flag at protests could harm the Polish community in Canada.

For its part, the Italian community received a listening ear from federal Justice Minister David Lametti, who explained the negative impacts of the protests on the health, safety and livelihoods of Ottawa residents.

“Free speech refers to calm and peaceful expression, as this protest has created hell for those who live and work in the region,” he said in an in-depth interview on Omni Italian, where he is frequently featured due to his command of the Italian language.

He also argued that the protests had nothing to do with vaccination mandates and agreed with the interviewer that they were more about overthrowing the government.

Likewise, Red FM Calgary Radio hosted Alberta Transportation Minister Rajan Sawhney, who said he was happy the blockade at Coutts was lifted. Some community members interviewed also expressed relief that the protests were over.

In Toronto, the Portuguese weekly Milenio Stadium considers that “the protests have now become a political movement of dissent against law and order” which “enslaves much of Canadian society”.

Some media have dubbed Trudeau’s apparent double standard when it comes to supporting disruptive protests abroad as the “homeland factor.”

The Chinese site The van people in Vancouver contrasted Trudeau’s condemnation of the so-called “Freedom Convoy” to his support for Hong Kong rioters blocking the streets when he said, “We will vocally and clearly support human rights around the world.”

The Russian NashVancouver pointed out that Trudeau supported farmers in India which closed major highways to New Delhi for a year in 2021 and actively supported freedom protesters in Ukraine (2013-2014) and rallies in Belarus (2020).

the Khabarnama Punjabi Weekly in Brampton also noted that Trudeau often advises other world leaders to engage in dialogue and protect human rights, even when protesters have blocked roads, railways and toll booths, attacked the police, caused property damage and committed crimes. They say Canada is even supporting such protests with toolkits and allowing fundraisers.

Yet with the convoy, Trudeau never attempted to engage but “resorted to the dictatorial route”, the online publication reported.

For their part, South Asian truckers have begun to Radio CINA and Red FM radio station in Vancouver to disassociate themselves from the convoy protests, which they say have caused them financial loss.

During the protests, South Asian truckers also said they faced racist and discriminatory remarks. As a result, many of them are leaving the industry and looking for other jobs.

One result of the protests was that NDP House Leader Peter Julian introduced a private member’s bill that would prevent anyone from selling and displaying symbols that promote hate, including the swastika, the Klu Klux Klan symbols and the Confederate flag.

Surprisingly, a challenge to the bill has emerged in South Asian media, both Indian and Canadian, as the swastika is a sacred symbol for Hindus.

india ZeeTV, for example, reported that MP Chandra Arya was going to address the issue in the House of Commons.

And the Tamil site Marumoli said the bill had “infuriated the Indo-Canadian community because of the ‘demonization’ of a sacred symbol.”

According to by Marumoli report, India’s Consul General in Toronto, Apoorva Srivastava, said India had “officially reported this issue to the Government of Canada and shared with them the petitions received from Canadian groups in this regard.”

This article was produced in collaboration with MIREMS Ltd. – Multilingual Research and Ethnic Media Services. MIREMS Ltd. provides English summaries, translations and analysis from print, web and broadcast platforms in over 30 languages.

Thanks for sharing our stories!