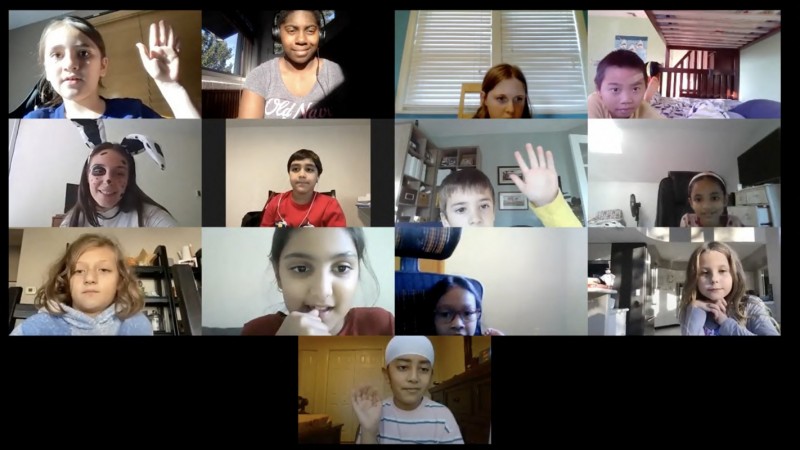 In many school districts, students do not begin learning a second language until middle school, missing a valuable developmental window for language acquisition.

Assistant professor of psychology Anushree Karkhanis is well aware of the benefits of early language exposure: she is both a multilingual neuroscientist and a mother. A member of the African Road Elementary School PTA, she worked with Ana Ros Matturro, Chair of the Romance Languages â€‹â€‹Department, to launch an after school Spanish program at Vestal School.

Ros Matturro presented the proposal to the students in his class on social conflicts through the eyes of children: Latin American cinema and literature. Students at Binghamton University were eager to participate; In class, they learned the importance of childhood experiences in shaping perspectives and saw it as an opportunity to show the benefits of bilingualism and cultural skills for the next generation.

â€œAs a bilingual student, I believe that promoting bilingual education benefits not only students, but society as a whole,â€ said Jennifer Brito, a class member, who worked with students from kindergarten and first grade. â€œThe United States is an incredibly diverse and ever-changing country. It is inconceivable that the education system has not integrated learning a second language from early childhood, rather than waiting years later, when it becomes more difficult to learn.

The 30-minute extracurricular workshops were conducted weekly on Zoom and divided according to the age level of primary school students. The children asked university students to teach them a wide range of Spanish vocabulary, from words to describe themselves to different types of trees.

â€œWe have learned words. Now is the time to use them in sentences, â€said Leyla.

â€œIt’s fun while you learn! My son really enjoyed it, â€added Sonal Shrivastava, whose son Shaurya is in fifth grade.

Learning was not limited to the youngest. Students at the University enhanced their knowledge of the language, but also learned about motivation, language acquisition and perspective that comes with early exposure to other cultures and communities.

College student Tyrone Gonzaga does not come from an academic background and has enjoyed the experience of creating lesson plans, interacting with students and helping them develop new language skills, he said. declared. In her section, her classmate Eve Losey created a book based on student interests and incorporated the value of friendship throughout the story.

â€œEach page had a target word in Spanish that they could learn and say with me. They were very committed, â€she said.

Many primary school students come from countries like India, Romania and China and have multilingual backgrounds, observed Sofia Estevez, a student from Binghamton. In an ideal world, students would start learning languages â€‹â€‹in kindergarten, maybe more than one, she said.

Her classmate Crystal Hernandez herself started learning Spanish in kindergarten.

â€œI wanted the sessions to be as enjoyable as my learning was back then,â€ she said.

Ros Matturro and Karkhanis plan to continue the program into the spring and beyond. Other Vestal schools have also shown interest, they said.

â€œI heard a lot of positive thoughts about the sessions from parents; they are delighted that children are exposed to a second language, â€said Karkhanis. â€œIn the future, we hope to expand the program to include more languages. “