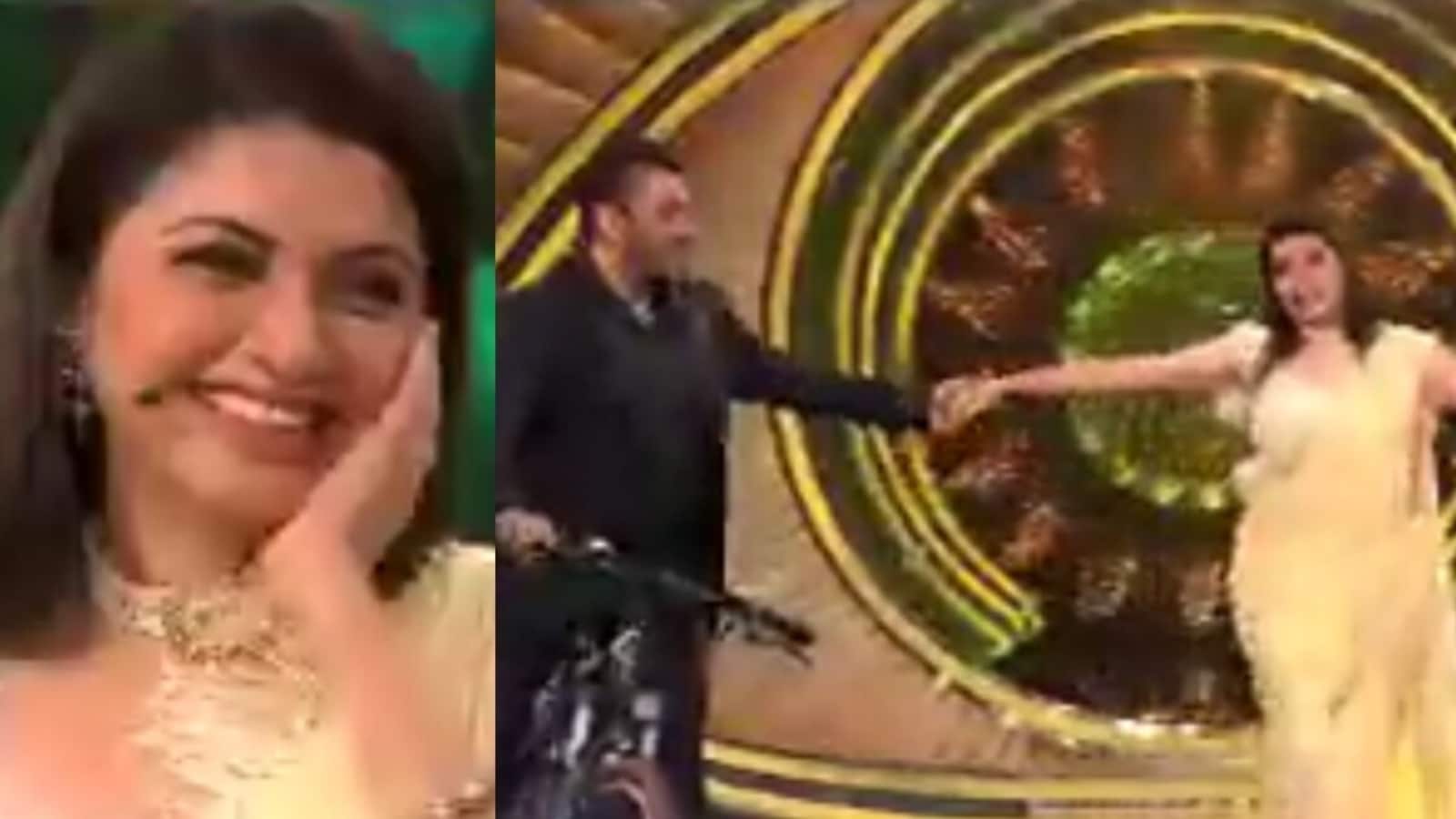 Bigg Boss 15: Salman Khan and Bhagyashree reunite in the Weekend Ka Vaar episode. An excerpt from their reunion suggests that the duo are revisiting their hit film Maine Pyaar Kiya.

One of Salman Khan’s first co-stars, Bhagyashree, will appear in Bigg Boss 15 episode Weekend Ka Vaar. A preview of their reunion has been shared on social media by Colors.

Bhagyashree draped a light pink saree while Salman Khan appeared on the show in a crisp suit. In the video, Bhagyrashree stood on the stage as Salman Khan entered the stage on his bicycle. The actors sang the song Tum Ladki Ho from their 1989 film. They held hands as Salman continued to ride his bike.

Salman and Bhagyashree were relatively new when they performed in Maine Pyaar Kiya. While the Rajshri Production film marked Bhagyashree’s debut as an actor, it was Salman’s first film as a leading role. He made his acting debut with Biwi Ho To Aisi.

Speaking to the Hindustan Times, Bhagyashree said: â€œMaine Pyar Kiya (1989) has been dubbed into a dozen languages. It was the biggest success, whether in Tamil, Telugu or Spanish. I went to Spain a few years ago and people recognized me from the film. I would say multilingual is my strong point.

â€œI have been very lucky and blessed. I couldn’t have done better and I don’t think I would like to replace Maine Pyar Kiya with another project that exists at the moment. But the money is crazy right now and I’m glad I came back at the right time, â€she added. Bhagyashree was last seen in Thalaivii, along with Kangana Ranaut, and Radhe Shyam with Prabhas is in the works.

On the other hand, Salman Khan has Antim: The Final Truth ready for release. The movie is directed by Mahesh Manjrekar and is a remake of the Marathi movie Mulshi Pattern (2018). Salman’s brother-in-law, Aayush Sharma, also stars in the film. While Salman plays a cop, Aayush is seen as a gangster in the film.

Thank you for subscribing to our Daily News Capsule newsletter.

Paradis, Volinsky: Portsmouth, funding for Somersworth schools is far from equal. What we can do about it. | Opinion