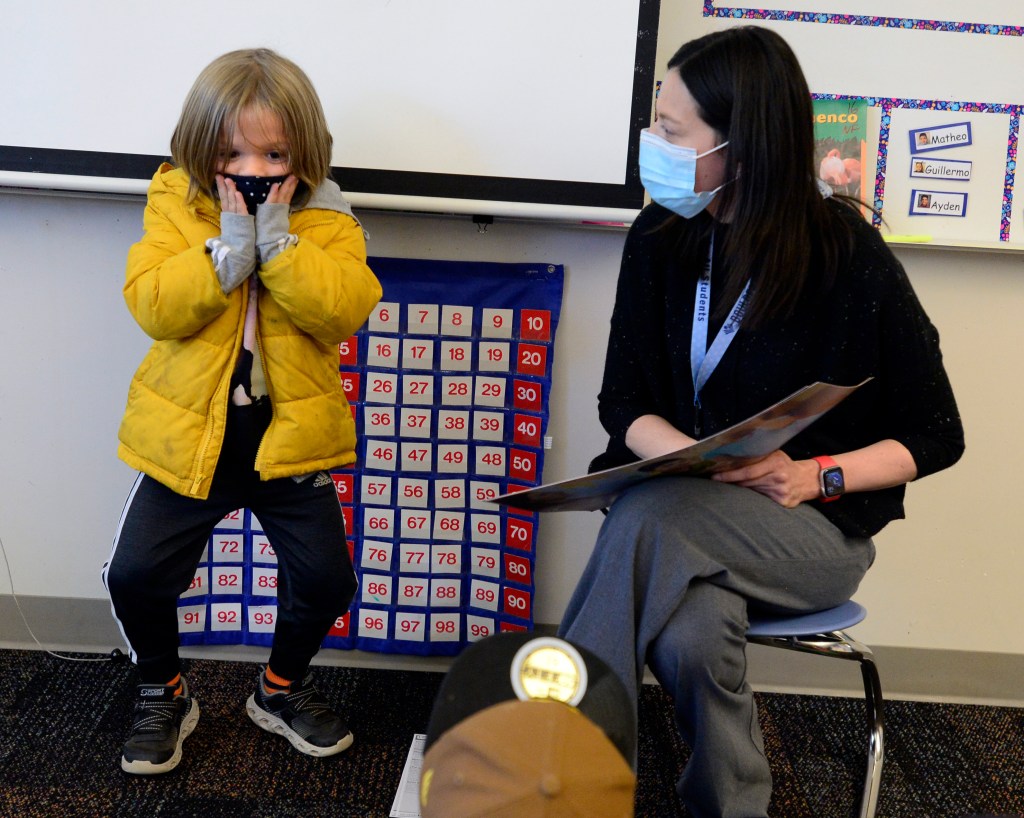 Boulder’s Columbine Elementary was the first school in the Boulder Valley School District to pilot a social and emotional program called Second Step that includes lessons on bullying prevention.

The four lessons cover recognizing, reporting and refusing bullying; the difference between bullying and conflict; and what to do as a spectator. In the fourth and fifth year, the courses also focus on cyberbullying.

Third-grade teacher Jenna Bell said the program is particularly useful this year as students acclimatize to school in person after more than a year of disrupted learning.

â€œIt’s a very positive thing,â€ she said. â€œIt allows them to see real scenarios. They can understand what they would do if they were in a situation of bullying or if they saw it. You can see them put it into action. My kids are trying different reporting strategies. We teach them to use very clear and assertive language with an adult.

Boulder Valley used a state grant to add the Second Step program, first in Columbine and then in Alicia Sanchez and Pioneer elementary schools in Lafayette. Finding the social and emotional program effective, the district then purchased it for all elementary schools.

The district is now requesting a state grant of $ 839,252 to scale up its anti-bullying efforts, including hiring a full-time coach to help schools deliver Second Step and other anti-bullying training and respond to incidents of bullying.

The district’s efforts to better combat bullying were prompted by a request a few years ago from the Latino Parents Advisory Council.

Since then, the district has added an anti-bullying policy, a discipline matrix to ensure more consistent responses from schools, and a form, in English and Spanish, in which parents can report bullying. There is also a school district website with information on bullying.

Michael Lowe, director of student services for Boulder Valley, said parents said they didn’t know what happened after a bullying report was released, prompting the district to create a clearer process and better support for students once an issue is resolved.

Using the reporting system created at Columbine Elementary as a template, the district added the reporting form. An administrator should check with the parent to review the investigation process within 48 hours of receiving a report.

While details of disciplinary action cannot be shared to protect student privacy, Lowe said, schools can share general information, as well as provide victim and perpetrator support “to rebuild this community. “.

â€œWe want to have a responsibility,â€ he said.

The Second Step program goes beyond anti-bullying, offering a set of weekly social and emotional lessons throughout the year. At Columbine Elementary, counselor Marjorie Gomez described it as age-appropriate and interactive, with plenty of opportunities for students to play a role.

â€œThese are not abstract concepts,â€ she said. â€œThese are handy tools that kids can actually use. “

She alternates weekly between teaching a lesson and having the class teacher teaching a lesson, with everyone using the same language with students across the school and the lessons built into the job of the teacher. class time.

“We are giving words of sentiment,” she said. â€œWe teach them about comfortable and uncomfortable emotions and how to deal with them. Feelings are neither good nor bad. They are part of the human being.

Other lessons are to talk about conflict without blame, she said. In a kindergarten classroom, the teacher set up a corner with posters indicating the steps to take to overcome a disagreement.

She said that one area the school is targeting with the help of the Second Step program is cafeteria behavior. To reward good behavior, students are given â€œpawsâ€. The grade level with the most paws every Friday is celebrated, while a 1,000 paw count equals a school-wide celebration.

For those students who are struggling to keep up with expectations, teachers are encouraged to give twice praise for doing something positive for each correction.

â€œWe want every student to feel like they are part of the community which results in a celebration,â€ she said.

The school will provide service in English to the local community