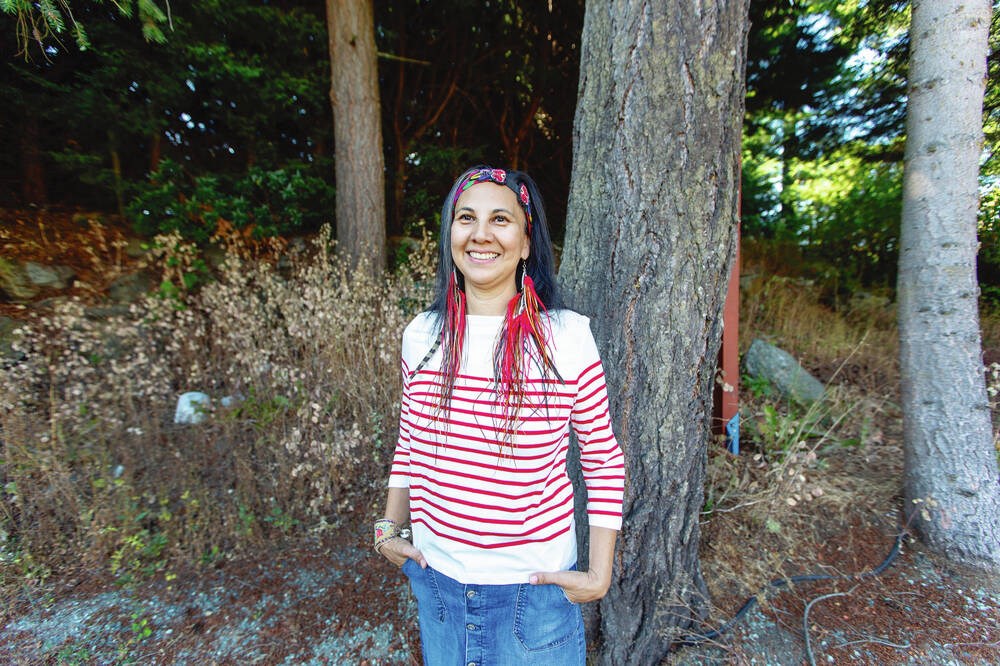 The number of young people able to carry on a conversation in an Aboriginal language is increasing.

“It’s amazing. It fills my heart with tremendous light and joy when I see and hear young people speaking their language,” said Belinda Daniels, assistant professor of Indigenous education at the University of Victoria.

Daniels, who has dedicated her career to revitalizing Indigenous languages ​​and founded the Nehiyawak Language Experience Cree language camps, said she was pleased with the latest numbers.

“There has certainly been a resurgence among young people, there is a recovery like a revolution among young people who crave and hunger to know who they are and where they come from and how they relate to the land through the language.”

Census data showed that 243,000 people in Canada said they could speak an Indigenous language, down from 2016, when that figure was around 251,000.

However, in Greater Victoria, the number of people who said they could speak an indigenous language was 775, an increase from 715 in 2016.

In Greater Victoria, only 200 people reported indigenous languages ​​as their mother tongue, while 775 said they could speak the language.

However, Statistics Canada and language revitalization expert Onowa McIvor warn that the numbers should be taken with a grain of salt.

Statistics Canada noted that census data had not been collected from 63 First Nations reserves and other communities for a number of reasons, several of which did not allow the agency entry.

“There has always been a tension between indigenous peoples and the census process and I think it’s actually a growing tension rather than a falling tension – some communities are participating and are willing and willing to ‘Others don’t,’ said McIvor, a professor of Indigenous education at the university. of Victoria.

She said the pandemic has added a new level of complexity to reaching out to many communities to collect information.

McIvor, a president’s chair in Indigenous language revitalization research, said that because the statistics don’t include data from multiple communities, there’s every chance that thousands more people will be able to speak the languages, as many communities across the country are making great strides. to keep them alive.

“When it comes to Indigenous language revitalization, Indigenous communities have been doing this work for over 50 years. This is nothing new for us,” she said. “But because there is more societal attention, it frees up more political attention and therefore more funds. So that creates greater possibilities.

Investments in language revitalization pay off

Aliana Parker, language program manager at the First People’s Cultural Council, said the census results reflect her own research – the council publishes a report every four years on the status of indigenous languages.

“We saw in 2018 [the last report] this continuing decline in the number of first language speakers, of people who learned it as a mother tongue, but there has been an increase, a really positive increase, in the number of people learning it and gaining skills as as a second or additional language,” she says.

“I think this speaks very clearly to the impact of the investments made in recent years to support Indigenous languages. »

She said government funding and programs established and developed by indigenous communities themselves to reclaim languages ​​are paying off. She noted that some First Nations schools now offer immersion education in Indigenous languages.

“Indigenous languages ​​are really an essential foundation of culture and spirituality, identity, connection to the land and connection to history,” she said, adding that being able to speak the language is a human right.

Parker said the road to revitalization is long and in many cases communities are in the early stages.

“These languages ​​have been under oppression for over 150 years, so we cannot expect to see a turnaround in just a few years,” she said.

The cultural council estimates that it would cost any community $2 million to run a full suite of language revitalization projects and programs, which includes program development and resource creation.

Parker credited senior governments for their commitments so far. The federal government passed the Indigenous Languages ​​Act to support language revitalization and British Columbia recently provided $35 million in new funding to support First Nations languages, in addition to the $50 million committed in 2018 to deal with the language crisis.

But she said there was always room for more.

“It’s not just about funding, it’s also about policies to make sure that this work can happen, that Indigenous peoples can lead and drive decision-making processes about their languages ​​and can lead this work,” Parker said. .

“The Canadian government has spent millions eradicating Indigenous languages, so it would be nice if they spent [equivalent of those] dollars to bring them back.