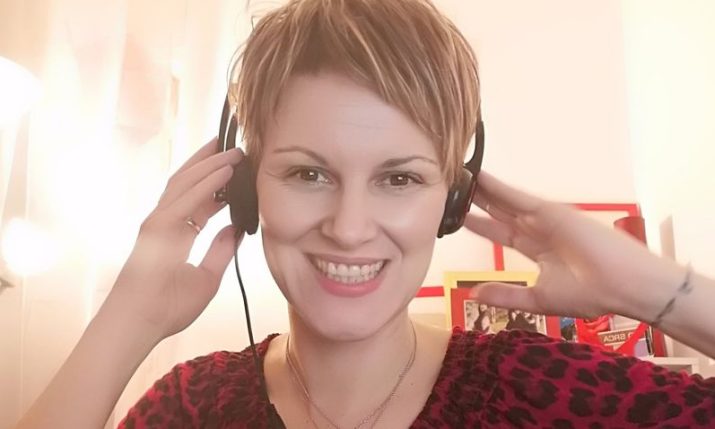 Croatian expressions: How to avoid a favor from a bear and other important facts in the Croatian language

Learning a foreign language with a teacher and then trying to use that same language in real-life situations can sometimes feel like speaking two different languages.

Expressions like It’s not my cup of tea! Where It’s a badass! are perfectly understandable for native English speakers, but in Croatian – they do not have this meaning.

Each language has its own phrases. Some seem logical, some are a bit funny and some – hilarious.

How to get along in everyday conversations and understand Croatian expressions, we asked Professor Mihaela Naletilić, Croatian language teacher from CRO, to go to school.

A while ago, when I was teaching Croatian language and literature in high school, I would often finish my lessons, trying to outshine the school bell when the students had already come out to escape to their well-deserved five-minute break between classes, with the words:

Čekajte! Zaboravila sam vam još nešto reći! Expect! I forgot to tell you something else!

As a language teacher, you often feel like you haven’t quite finished your daily homework – it always seemed like there was a language fact or a new word your students could learn.

And – as every linguist and language teacher knows – it’s often true.

We could compare the Croatian language, as well as any other language in the world, to a river – a lively, living structure that is constantly flowing and changing its force and rhythm of movement.

It is influenced by external factors such as time passing by weather, human element, as well as internal factors, such as river currents. The river connects with other rivers, influences them, touches them, but always – remaining a form of its own. Alive, active and subject to various influences, the Croatian language is today mainly influenced by the English language.

This fact is actually very good news for any Croatian language student who usually puts a big smile on their face with a sense of relief when they realize that in Croatian:

To park – is Park, supermarket is supermarket and parkiralist / The Croatian word for parking space is better known as simply – car park.

If you spend some quality time conversing with a Croatian teenager, you will discover a passion for newly Croatian verbs.

It all started with the verb to like which very quickly took on its Croatian form lajkatiand that the fashion extended to other verbs.

Basically, the magic recipe for this version of Croatian is this: take any English verb and just put a Croatian ending in it! While doing this, make sure to ignore the fact that this verb already exists in its Croatian version in our language!

These new Croatian verbs can easily scare a Croatian teacher like me, or should I say:

Pukne mi film kad to čujem! / A movie starts when I hear that!

If I may ask you, does the previous sentence Pukne my movie! does that make sense to you?

For a native Croatian speaker, it is. It is one of the most used Croatian expressions for a state of mind when you are extremely agitated because of something.

Each language has its specific expressions or idiomatic phrases that will make your eyes roll and your tongue shatter and your mind puzzled.

We’ll try to help a bit here and give you a list of some common Croatian expressions that might have confused you so far!

Croatians like to use words for body parts to vividly explain a social situation or a life problem.

Let’s see which are the most common!

Zabiti glavu u pijesak – put your head in the sand that is, ignoring a problematic situation.

Fali ti daska u gladi! – You are missing a painting in your head! – or in simple English: You’re a little crazy!

If you walk into a Croatian office on a busy working day, you might hear how many Croatian employees are trying to find their heads.

Ne znam gdje mi je glava od posla! – I don’t know where my head is from all this work!

This is a very common phrase in working hours. It is sometimes followed by the expression:

Mind you, any parent of a toddler reading this knows that this phrase may not just be a figure of speech!

Then there is the word noga/leg, which is not only used to describe the national obsession and favorite Croatian pastime: nogomet / footballbut also various living situations and places:

It’s a phrase you might use when you see your neighbors posing in front of their new swimming pool that expresses the high-end lifestyle of wealthy people.

Then when you go to visit your neighbors you realize that the photo wasn’t taken in their garden, but it’s a wallpaper on the wall of their living room, you can say

You don’t have to have short legs to be a liar, but this one is a warning to the kids – Don’t lie, you will be found out!

And then when you master the expressions with body parts and you start to feel confident in your skills in Croatian, then they bring – animals.

You might think you’re lost at Maksimir ZOO when a Croatian gets carried away in conversation. Croatians like to use animals to describe different kinds of life phenomena – some are there with a reason, but some animals and some found themselves completely unjustified in these expressions!

When I was little, my grandmother told me:

Prebit ću te ko vola u kupusu! I’m going to beat you up like an ox found in a cabbage field!

My grandmother was a very nice iron lady and she didn’t beat me, but at that time grandmothers and parents and almost all of your close relatives had a God-given right to make these threats.

I remember that I that growing up I was always very concerned about the poor ox and his fate in the cabbage field! I hope he escaped, my grandmother was a badass!

However, nowadays it is forbidden to even think of expressions like these – then we will move away from this one!

Ox / or Croatian flight was the inspiration for other wise phrases you can still say to your child without risking a night in jail: / at least I think so…

Another animal has been a huge inspiration to Croatians over the years.

I have no idea what the poor dogs have done wrong to our nation, but apparently they are fine with all sorts of lively and mostly inappropriate things. comparisons.

So, if you take a look at some typical Croatian “canine expressions”, you’ll notice that Croatians might think of dogs as:

To ni pas s maslom ne bi pojeo. A dog wouldn’t eat this even if you serve it with butter. / Even a dog wouldn’t believe what you say!

I don’t know about you, but I’ve never seen a dog eat buttered bread.

• Even though they can’t talk and I’m pretty sure they don’t bark lies.

Why would a dog lie? And what would he lie about?

• than dogs are somehow to blame for the hot summer days.

• that they spend their free time barking at the Moon

Možeš lajati na Mjesec. You can bark at a moon! – an expression describing doing or saying something completely unnecessary.

And then there is the horse.

Another noble and very useful animal that didn’t do much better with the Croatian language.

Tvrdoglav si ko konj – You are as stubborn as a horse!

Imati konjske živce – to have nerves – or be extremely patient

However, we recognize that horses are hardworking creatures, which is why we use the expression

You can also be:

You may be a person who always exaggerates and

Od muhe raditi slona. – Make an elephant out of a fly.

imati jezik ko krava representing – have a tongue like a cow’s tail – if you don’t know when and it’s hot to stop talking and shut up!

You can also be compared to a monkey if you are not serious and joke too much or if you are involved in unserious actions.

Oh, and know that someone is doing you a disservice.

You don’t need to be aquatint with a Croatian bear and ask him for a favor on this matter, you just need to know someone who will do you a favor and then realize that by doing this he is only didn’t help, but created a problem for you.

Well, I’m going to put down my pencil now. There are a dog it’s hot outside and I work like a horse all day.

I’m going out and I’m going to act like a monkey for a little while!

I hope I didn’t do medvjeđu uslugu / favor of the bear with this article and that it has been helpful! 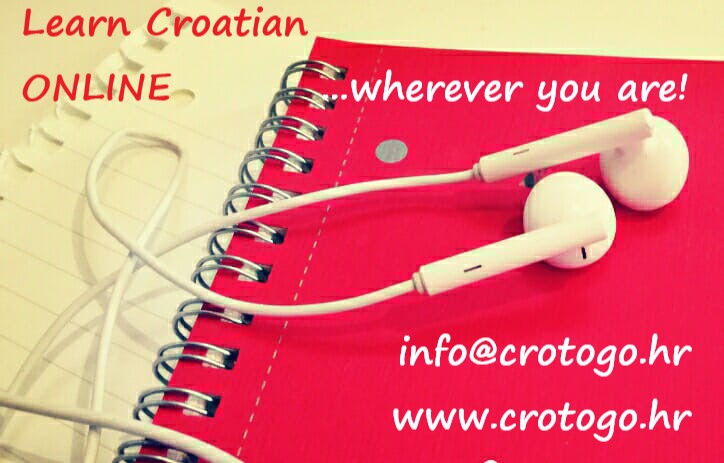 For more fun and useful facts about learning the Croatian language, visit www.crotogo.hr