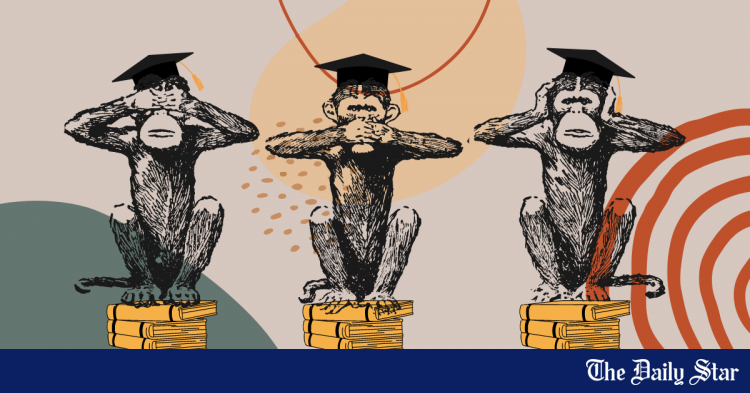 Education budget: if you pay peanuts, you get monkeys

The old cliche used in the title has many opponents; few people are convinced that money is the only factor in obtaining skilled or efficient workers. Peanuts, in this context, are slang for low wages, and monkeys imply stupidity, and by extension, unskilled workers. A seminal essay published by the Economic policy in 2011, however, endorsed the phrase to suggest that in education there is a significant link between teacher pay and student performance.

The paper’s authors, Dr Dolton and Marcenaro-Gutierrez, begin with a simple question: “Why are teachers paid up to four times more in some countries than in others, and does it matter? ” They observe that some of the most successful education systems, such as Finland and South Korea, recruit their teachers from the top third of their graduate cohort. Using aggregated data from 39 OECD countries over 10 years, the study argues that the relative salary in teaching determines the capacity, and therefore the quality of teachers that the country gets. “If teachers are paid in the top 20% of a country’s income distribution, one would expect this profession to attract some of the country’s most capable graduates. Likewise, if teaching is really bad paid in relative terms, then one would expect only the least capable to end up in the job.” The study shows that a 15% increase in teachers’ salaries would lead to an increase of about 6 to 8% in student performance.

For all the latest news, follow the Daily Star’s Google News channel.

But there is a catch. This increase does not necessarily concern the existing stock of teachers. An automatic pay raise will not necessarily turn current teachers into better teachers. There should be additional incentives for them to undertake continuous professional development and on-the-job training in order to live up to the higher pay. It would take 30 to 40 years to complete the cycle of replacing the existing stock with better recruits. The article argues that the quality of an education system cannot exceed the quality of its teachers.

With so much talk of education as the government’s next ‘mega-project’, reiterated by the Minister for Education in a post-budget briefing, I think policy makers should focus on quality teachers at all levels of education in Bangladesh – primary, secondary and tertiary. However, the moment the term “megaproject” is used, a mega concern bursts onto the scene. We worry about the trajectory of the ongoing “development” practice that focuses on bricks and mortars, land acquisition, overseas consultancy, bureaucrats and middlemen. So beware of the monkey in identifying the elephant in the room: we need the right people for the right job. We need to make the right investment to get the right teachers for the right education. The same rule may apply to other occupational groups. It is not healthy to have a senior officer with a humanities background taking the reins at the Ministry of Health, for example.

With limited resources available for Bangladesh’s education sector within the proposed budget, it is even more pertinent that we strategize. The proposed education budget of Tk 81,449 crore represents 12% of the total budget. Its share in GDP is 1.83%, well below the prescribed 6%. Already, the budget has been criticized for not giving the necessary attention to the Covid-19 recovery and for its attempt to camouflage the information technology budget under its responsibility to look good on paper.

The proposal to raise teachers’ salaries for quality education is therefore going to be anathema to policy makers. As an English teacher, who has been involved in public and private universities, I can reflect on my field to defend my position.

I was intrigued by a journal article by Professor Obaidul Hamid of the University of Queensland, who referred to the recently released English Proficiency Index to tell us: “Bangladesh has been placed in the category of weak skills and was ranked 65th, ahead of Vietnam (66th) and behind Nepal (62nd), Ethiopia (63rd) and Pakistan (63rd), Lebanon (34th), China (49th) and Iran (58th) were ahead of Bangladesh, in the moderate proficiency group Africa (12th), the very high level group comprising 13 countries was dominated by European countries, led by the Netherlands (1st) and Austria (2nd).”

Our inefficiency in communication skills allows expatriate workers from our neighboring countries to siphon off billions of dollars from the NGO, banking and RMG sectors. It would be interesting to compare the rebates sent by our unskilled workers with those sent by qualified expatriates. Education, both formal and informal, is the only remedy that can bridge the gap. And for that, we will need the right educators.

Professor Hamid’s own research shows that many students learn English skills from the internet in the absence of support services at school. This is also true for China and Saudi Arabia. We need expert teachers who can steer elementary and secondary students towards best practices. Clearly, the existing stock has failed for a variety of reasons, including retirement of experienced teachers, insufficient knowledge, poorly designed textbooks, convoluted language policy, politicization, insufficient training, pittance wages – the list goes on.

The government has done a remarkable job in spreading education and making education accessible to all. Programs such as free textbooks, school meals and a uniform budget are commendable. But tempted by the game of numbers, we often compromise on quality. It’s time to bring good teachers to the classroom; the rest will follow.

Indeed, if you pay peanuts, you get monkeys.

Role of language in financial empowerment in rural India