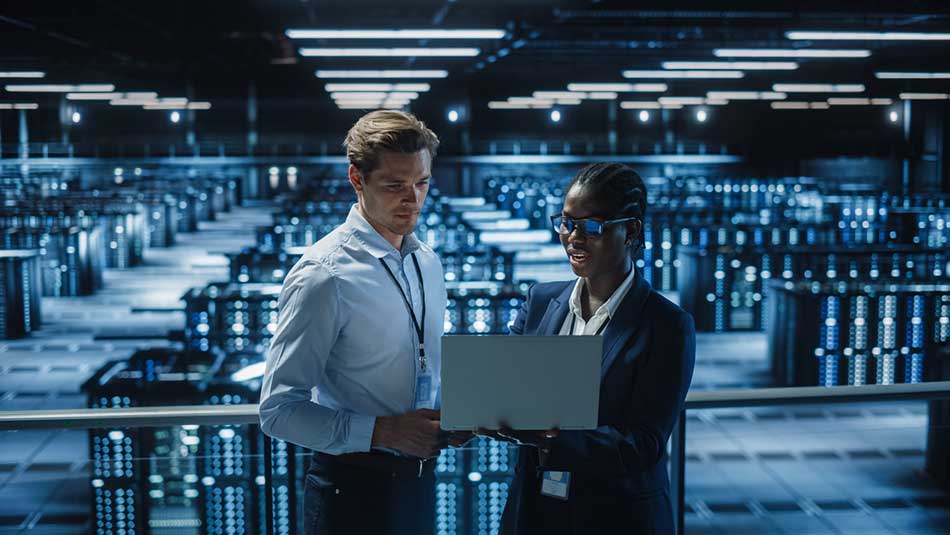 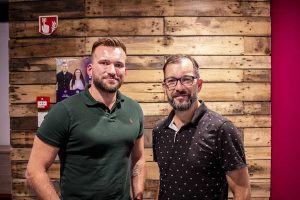 Jozsef Boda, CEO of cool code and Michał Mysiak, CEO of Software Development Academy examine the EU’s Digital Decade initiative against the backdrop of the economic downturn and discuss why focusing on Central European talent could be the smart solution to the growing tech skills shortage.

We are in the EU digital decade, this is an initiative to achieve a “successful digital transformation of the European Union by 2030” and “essential to achieve the transition to a climate-neutral economy, circular and resilient”.. Launched in 2021, the initiative perhaps recognizes that much of Europe’s tech sector is underperforming compared to the global market and there is still much to do.

The goals of the digital decade are ambitious, and the fallout from the conflict in Ukraine and the growing energy crisis will only make them harder to achieve. The plans cover four ‘cornerstones’ on a digital compass to show the way towards achieving its digital decade goals: develop secure and sustainable digital infrastructures, establish the digitization of public services, the digital transformation of companies and the development of digital skills. The last of these, ‘skills’, is critical and underpins the others – without enough people with the right skills, it will be next to impossible to build the necessary infrastructure or change the way organizations operate.

But there is a problem in terms of skills – a Europe-wide shortage of developers, testers and cybersecurity professionals. The experience of the software development manager, Istvan Hilgert of the Swedish company Accedo, is typical, ‘Over the past 6 months, I would say the situation has become quite dramatic. I would even say, tragic. It is becoming more and more difficult to find highly qualified and experienced developers.

The number of hard-to-fill positions is increasing and the growing global demand for technology-enabled skills will only make the demand for these people greater. So how will the Digital Decade be supported? Where will the people with the technical skills and experience to deliver Europe’s digital transformation come from?

One of the objectives of the Digital Decade program is to employ 20 million ICT specialists by 2030, equally divided between men and women. This is the kind of growth that will be needed and Ursula von der Leyen’s (President of the European Commission) proposal to make 2023 the “European Year of Skills” in her 2022 State of the Union address could help give momentum to the digital decade. However, as von der Leyen said in his speech, unemployment is at an all time high, while job vacancies are at an all time high. More people need to develop computer skills to make this all work.

A common solution to address the lack of resources, especially IT, has been to outsource work and destinations. The Indian subcontinent, for example, has been a popular outsourcing location for US and UK companies and perhaps, to a lesser extent, for continental Europe. However, sending work to remote locations outside the region seems to go against both the spirit and the objectives of the digital decade when there is enough “raw material” available much closer from home in the European region to meet their IT needs.

The “raw material” that can drive the Digital Decade will come from Central Europe – these countries are already showing rapid growth in digital capability and still have a lot of growth in this area ahead of them. These challenger digital economies, as McKinsey calls themhave experienced strong growth in the value of the IT sector within their economies, comparable to growth in more mature digital markets such as the UK, Sweden and the Netherlands. What’s more, this growth has come at a time when the proportion of their population engaged in IT is still far behind these countries – there is clearly room for growth in the Central European IT sector.

Is the growth of the IT sector in Central Europe sustainable? will the underlying drivers continue to fuel this growth in the digital decade? We believe the answer is an emphatic yes. Some commentators suggest that because Central (and Eastern) European countries emerged from a rigid Soviet system, it actually fostered innovation as people developed a problem-solving mindset in different ways – to circumvent the rigidity of the system. If such a post-Soviet innovation boom was a factor, it might just be a one-time effect rather than something endemic in the mindset of the population. Instead, more mundane considerations are and continue to drive the growth of the IT industry: population, language skills, and the availability of effective IT training.

The population of Central and Eastern Europe tends to be younger than the rest of the region and the cost of living is generally much lower than in Western and Northern Europe. This paves the way for the creation of a relatively large group of motivated young people for whom obtaining well-paying careers in fields such as IT can make a big difference to their economic well-being and their way of life. .

English is effectively the lingua franca of the fields of science, technology and computing and being able to communicate in English certainly makes IT professionals more marketable. In Central and Eastern Europe, the English skills of IT professionals are particularly strong: Poland, for example, 90% of software developers have an intermediate or higher level of English proficiency.

Training will be a key element in achieving the skills component of the digital compass and the people who will drive the digital decade need training to deliver the EU ambition. Although there are many training courses for technical computer skills such as programming through Europethere are relatively few IT trainings that also provide the soft skills that help individuals succeed in the workplace.

These soft skills, such as effective collaboration, time management and good communication skills, combined with strong technical skills are, according to the World Economic Forumthe types of skills that are and will be in demand in the years to come. In Central Europe, innovative approaches to IT skills development that integrate soft skills training into the process of becoming an IT professional will help make its employees a driving force in the digital decade.

Despite a troubled outlook for the European economy, the Digital Decade promises to be an interesting time and, with the skills and knowledge of Central European digital professionals, it could well be successful.

About Codecool and the Software Development Academy

cool code and Software Development Academy (SDA) recently merged to become a European digital skills and sourcing powerhouse. With a presence in eight countries, the new organization aims to train 15,000 to 20,000 people a year in IT skills and work with more than 400 partner companies to provide a workforce trained in the most popular technology topics, from coding, security to the Internet of Things and more. .

Abandoning the MTB-MLE policy will not solve the learning crisis