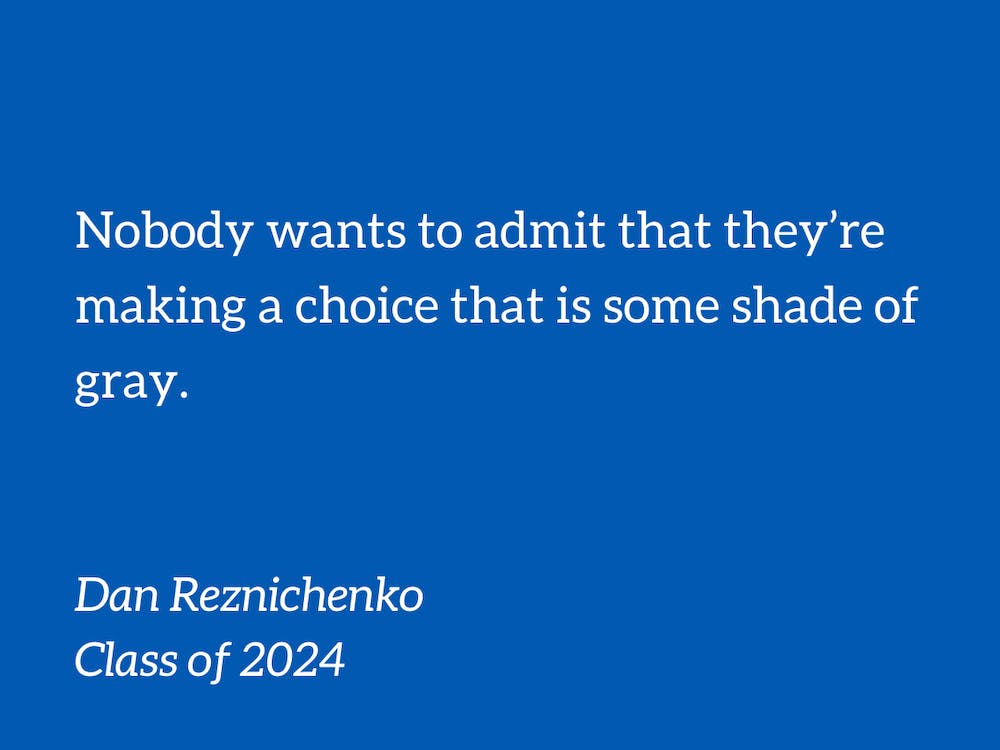 If you must be immoral, be honest about it

Payday lenders are hated by many, and understandably so. I have mixed feelings about them though. They make money from a societal failure, and one that seems entirely preventable: millions of Americans living paycheck to paycheck, unable to cope with an emergency. Higher wages and an improved social safety net could eliminate the need for these institutions, but no one in power seems interested in making that happen. To that extent, payday loans can be seen as an unnecessary “necessary evil.” Abolishing them, without these aforementioned changes, would hurt those who have no other means of getting quick cash. That’s what payday lenders hang their hats on: it’s horrible, but it’s honest. Therefore, I can imagine – and wish for – a world without payday lenders, and I have an idea of ​​how society achieves it. Earnin is a company that comes from a new generation of “quick cash solutions”, and they need you to believe they are ethical. Something about this viscerally upsets me, not only about the company, but also about the culture that spawned it.

The way Earnin presents itself, you’d think it’s either a charity or a help fund. For example, they boast that there is no charge to use the app and no interest is charged on the money you borrow. Instead, they rely on a purely voluntary tipping system to stay afloat. They call it “giving back to the community”. According to NBC, they suggest tipping around 10% of what you borrow.

It sounds cuddly, almost. All that talk of volunteerism, community, and reciprocity might make you forget what 10% interest on a short-term loan looks like. If you pay that off after a week, which is long for a payday loan, 10% equals an annual percentage rate (APR) of 521.43%. Unless you live in Texas, Nebraska or Idaho, this is a worse deal than your average payday loan. If a friend asked me for $10 after I borrowed $100, I could give it to them. It just seems right. And Earnin, above all else, tries to make you think of them as a friend.

This is where we see the subtle toxicity of “giving back” to Earnin. Have you wondered how this business got start-up capital? I guess they had done extensive research, showing that most people would want to “give back” to a company with their brand marketing. They probably identified that $5, $10 seemed like a reasonable tip in most people’s minds, even though it isn’t. On top of that, this model allowed them to avoid classification as payday lenders, exempting them from regulation, which is a very nice value proposition. Some might call him cynical, manipulative, even evil. This is before we highlight the requirement that they follow you all the time (to make sure you are working). And that’s on top of their access to your bank account, which has allowed them to overdraw customers so often they’ve faced a class action lawsuit for it (despite offering to pay a discovered). So we see that behind the hazy exterior is a terrifying enterprise, just as exploitative as its predecessors. I remember the expression “wolf in sheep’s clothing”.

Still, Earnin insists it’s built around “not leaving people behind” and claims to be backed by a strong and diverse community. It only adds insult to injury. Earnin’s CEO says he found this solution when his employees at another company couldn’t pay their bills. Giving them money became the proof of concept for Earnin. At that moment, I couldn’t help but ask, “If your employees can’t pay their bills as often, why not pay them more instead?”

And this is where I turn my horror to society at large. Earnin, in his absurd attempt to turn payday loans into activism, sounds like performance art. This could serve as a satire on a problem I see cropping up everywhere, namely: our need to always feel that the choices we make are moral, even when they are not. The way I see it, this impulse pushes us in one of three directions whenever we choose to act against our moral compass. There is 1) imagining that we have no other choice, although we often do, 2) imagining that it is the most moral choice we could have made when it rarely is and 3) deciding that whatever problem we are contributing to does not really exist.

In Earnin’s case, we see an attempt to make payday lending ethical, or at least portray it as such. Earnin’s message implicitly involves the belief that poverty is a fact of life, that there will always be a market to lend to the desperate, and therefore they will be the nicest people in that space. Unlike traditional payday lenders, they make you feel like their existence is inevitable, there’s no better world to imagine. You feel helpless and they console you with the fanciful idea that they can make money out of the struggles of the poor without causing harm. The poverty of the imagination, combined with the richness of the illogical, is depressing. It’s like seeing a wall 10 feet away and praying to fly over it, ignoring the open door 10 feet away.

We see that everywhere. In fact, payday lenders are only honest because they’ve been a pariah of the media for at least a decade – they can’t help but admit the truth. In Duke’s case, we can think about how people “sell” themselves. In the end, most of us justify it by saying we have no other choice, proclaiming that we are “built different” or finding ways to imagine doing the job without any of the vagaries morals that accompany it. No one wants to admit they’re making a choice that’s a shade of gray.

What is the consequence? Seek to win: In our need to always be “good, in fact,” we refuse every opportunity to reflect on the choices we have made. An ethical short-term lender can’t exist, it’s almost a contradiction in terms, so Earnin reinvents a world where it can happen: a world where poverty will never go away and where there is no moral hazard in ask for a 500% APR. of a poor man. Without some delusion, how can someone who makes obscure choices present themselves as totally moral? One could even point out that by accepting to live in an unjust society, we fail to be moral on a daily basis, and to think otherwise is also an act of illusion. The consequence of this self-deception is clear and terrible: we exclude the possibility of changing the world for the better.

After all, if holding a dodgy job or attending a dodgy institution is unbearable without the belief that you are a “good person,” you must find ways to ignore or deny moral hazard. At this point, how are you part of the solution? Either you don’t believe the problem exists, or you’ve convinced yourself that you’re already doing your best! Without reflection, honesty with oneself, change is impossible.

What then is the remedy? I think we have to learn to accept that we can’t be unambiguously good. Ultimately, it is almost impossible to avoid participating in some form of injustice. Almost every day we make understandable, but not justifiable, decisions that run counter to our ethics. To give an example: we really should be pushing for climate legislation every day, but most of us have other things we’re more concerned about. This doesn’t excuse making the wrong choice, nor is it an invitation to nihilism. Rather, it is a call to admit that we are all hypocrites to varying degrees and that we need to keep asking ourselves why we are not doing more.

Admitting wholeheartedly that you are making a selfish choice keeps the door open to change. At some point, you may decide that you can or must be better. Until then, honesty will keep you lucid. Wanting to be the hero will cause you to warp your worldview, your beliefs about reality and morality, into something unrecognizable just so you can get out of bed. Needing to be a “good person” will see you taking the language and spirit of activism and clumsily forcing it to be okay with the work you do. Having to think like that is how you end up with a college kid writing a column, expressing the horror that you just called payday lending a self-help exercise.

Dan Reznichenko is a Trinity Junior. His column is broadcast on Mondays alternately.

Get The Chronicle straight to your inbox

Dan Reznichenko is a junior at Trinity and opinion editor of the 118th volume of The Chronicle.