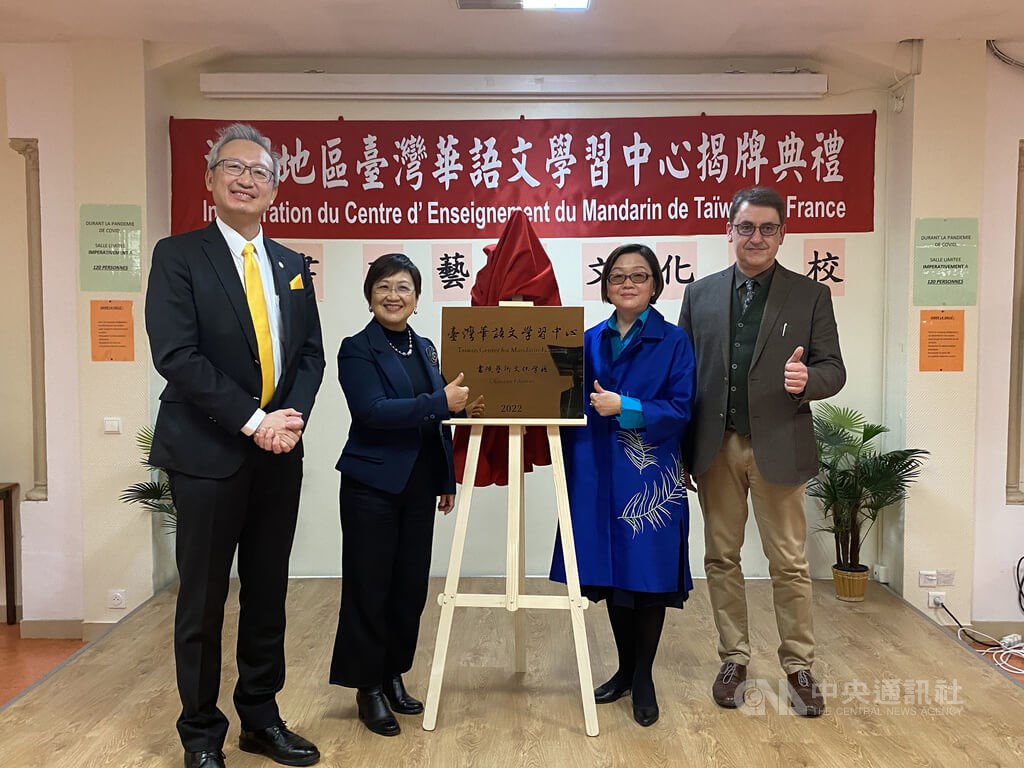 Inauguration of the second Taiwanese Mandarin learning center in France

Paris, April 10 (CNA) France’s second Taiwan Mandarin Learning Center (TCML) opened in Paris on Saturday and will focus on promoting the learning of Taiwanese-style Mandarin and Taiwanese culture in the European country.

The new center was inaugurated at L’Encrier Chinois located in the 13th arrondissement of Paris, the Chinese language school in the district since 2005.

Hsu, who is making the first overseas trip by a senior OCAC official to Europe in two years, told CNA that the center, founded by the Taiwanese government, not only offers Mandarin Chinese lessons, but also serves as a platform for French people to learn more about Taiwanese. culture, democracy and freedom.

L’Encrier Chinois Lin Shu-ling (林淑琳) and her husband Jean-Francois Panis told CNA that they founded the school in 2005 with just 22 students.

Prior to the outbreak of the COVID-19 pandemic, their school had been attended by no less than 380 students.

More and more students are starting to study at their school because they want to learn traditional Chinese characters, Lin said.

To date, 45 TCMLs have been established worldwide, including 35 in the United States, two in the United Kingdom, France, Germany and one in Austria, Ireland, Sweden and Hungary, according to OCAC.

Through Mandarin lessons and cultural activities, the centers seek to foster cultural exchanges, popularize Mandarin learning and deepen relations between Taiwan and the general public in their host countries, said the OCAC.

The first TSML in France opened its doors at the Chinese Linguistic and Cultural Association (ALCC) located in the town of Noisy-le-Grand in September 2021.

(By Tseng Ting-hsuan and Joseph Yeh)

7 reasons why learning Welsh is still so important

Intensive courses to test the series: CUET preparation offered in the coaching centers