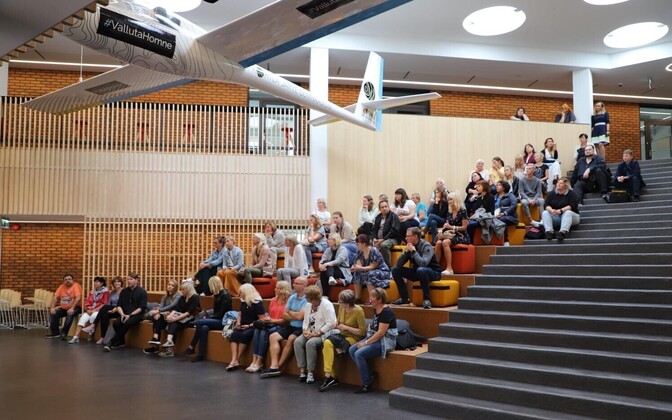 Two years ago, over 300 students began their studies at Kohtla-JÃ¤rve State High School. That number has dropped to about half now. But at the same time, more than 100 high school students are walking 30 km to study at SillamÃ¤e High School, ETV’s daily business program “Aktuaalne kaamera” reported on Tuesday.

The authorities of the city of Kohtla-JÃ¤rve consider this situation to be abnormal. â€œIf we had many high schools here in Kohtla-JÃ¤rve, one of them could be an elite high school, where only students with good results, who have studied Estonian until the end, enter. But there is only one high school and the city pays 120,000 â‚¬ from its budget to another municipal government, because our high school did not accept these students â€, said the mayor of Kohtla-JÃ¤rve, Ljudmila JantÅ¡enko .

About 80 percent of the inhabitants of Kohtla-JÃ¤rve speak Russian as their mother tongue.

“The state has built a new high school and it only has half the students it can have. It’s a waste of state resources,” she added.

The public high school rejects the city’s accusations and points to the choice of students and the quality of studies in basic schools. â€œIt’s up to the students to choose a school. Students in Russian basic schools, whose mother tongue is Russian and who have studied in Russian and graduated in Russian, are likely to be more comfortable continuing in Russian. But our school operates entirely on the basis of an Estonian curriculum, â€said the principal of the Kohtla-JÃ¤rve high school, Hendrik Agur.

The director pointed the finger at the government of the local municipality. “The local government has to look in the mirror to see what kind of level students graduate from basic school, what do they know in Estonian, but also science,” Agur said.

The public high school offered around 100 children a chance to learn, half of whom ended up choosing SillamÃ¤e high school.

From Judeo-Greek to Karaim, Oxford to Offer Rare Jewish Languages