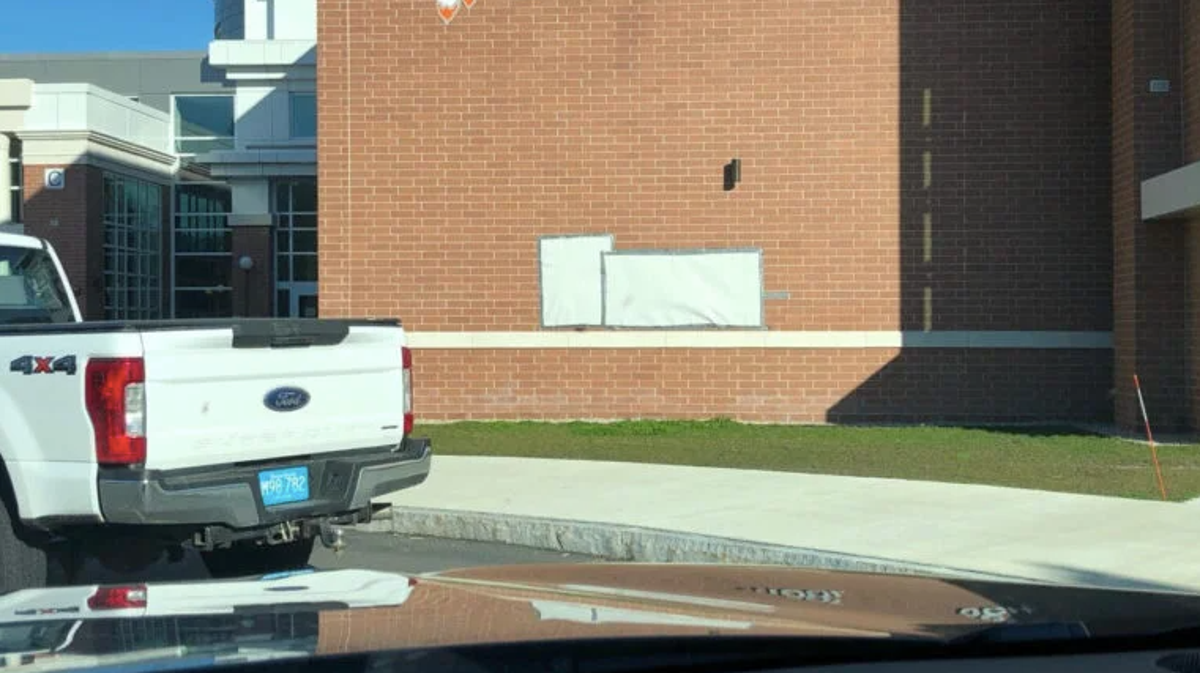 Police in Middleborough, Massachusetts are asking the public for help in identifying two suspects wanted in connection with the ‘extensive’ vandalism left on the exterior wall of a local high school and the ‘direct threat’ made to the principal of school, CBS reported.

Middleborough High School principal Paul Branagan wrote in a letter to the community on Sunday that the school’s facility manager found the graffiti “deeply disturbing”, which included spray-painted labels with hateful language and imagery , including a swastika.

“I have to clarify something absolutely clear; I am beyond frustrated that this happened at our school,” Branagan wrote in the letter. “Hate symbols and threats have no place on our campus and in our community. This behavior will not be tolerated at any level.

Police were dispatched to the building around 7:40 a.m. local time and covered the perimeter of the affected exterior wall until clean-up crews could come and remove the “disturbing” graffiti from the wall.

“There is no place for the type of hatred these individuals display at Middleborough High School, and we are committed to working with the school administration and our community partners to investigate the crime that has taken place. location and respond to messages themselves,” the chef said. Joseph Perkins said in a press release, according to boston.com.

Footage from the surveillance video has been released by local police in an effort to help identify the two suspects wanted for questioning in connection with the vandalism.

Anyone with information related to the incident is asked to call the Middleborough Police Department.

The most recent data available from the Massachusetts Executive Office of Public Safety found that reported hate crimes increased in the state from 2019 to 2020, from 376 to 385.

The most frequently cited offenses in this report was vandalism, damage or destruction of property, accounting for 32.9% of all reported hate crimes.

How Agencies in Hong Kong Hire, Develop and Retain Staff