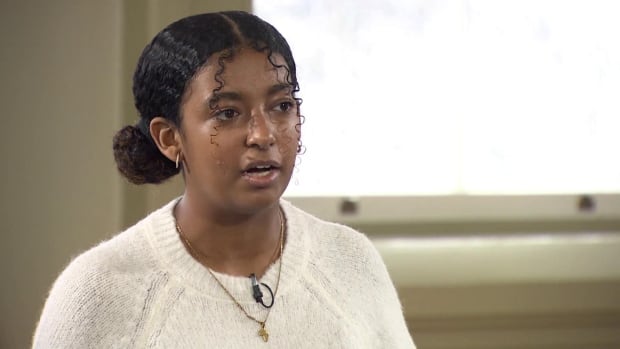 One of Greater Toronto’s largest school boards says it has made “significant changes” to end discriminatory practices in its English as a second language curriculum.

The Peel District School Board (PDSB) says it is following through on Department of Education guidance to end systemic racism, increase communication with families about the ESL process, and provide other improvements to its program.

One of these improvements, according to the council, is “translinguage”. According to an online description, this is an approach where multilingual students can take notes in their native language while learning a lesson in English, for example. Or they can speak both languages ​​interchangeably in class to understand a topic.

“This is a significant change,” Rasulan Hoppie, the board’s superintendent of curriculum, instruction and assessment, told CBC News.

“More of our educators have a better understanding of language use, use of the pieces of [students’] identity to their strength and to their advantage.

Changes are long overdue, according to PDSB students. The news comes after a CBC Toronto report in which students took part in a panel discussion about the racism and discrimination they face in the board’s schools. One, Lidia Tewodros, said she was forced to take English as a Second Language lessons – even though she already spoke the language well.

“Because of my accent”

Tewodros, a grade 11 student, said when she arrived with her family from Ethiopia, she was placed in an ESL class at her school in Brampton, Ontario. She was in 3rd grade at the time.

“They kept insisting on putting me in ESL, even though I excelled in English class and had a high reading level,” she said.

“But because of my accent, and because I was an immigrant, they were like, ‘No, she can’t speak, she has to take ESL lessons.'”

Tewodros said she couldn’t think of any other explanation besides discrimination.

Since CBC News aired the roundtable with Tewodros and three other PDSB students, several readers and viewers in Peel Region have commented on having had similar experiences – or knowing someone else who has been placed in courses. of English as a second language despite being fluent in English.

The PDSB says it is aware of the problem and is determined to fix it. The council says that although the Department for Education’s list of guidelines to address racism and discrimination does not specifically mention ESL, many of the guidelines – including disintegration and equity audits – include changes that would improve their ESL program.

“What we want to do at PDSB is make sure that what happened to Lidia and maybe happened to other students doesn’t happen again,” said Donna Ford, superintendent of the indigenous education, anti-racism and oppression. and community partnerships.

“These guidelines are intended to change practices,” she said. “Showing practices like what Lidia went through, and saying it’s no longer acceptable.”

Ford specifically refers to Ministry Directive 18, which states that the board “shall undertake a school diversity audit” – meaning it would revise its curriculum and resources to reflect the diversity of its students. She says that would include assessing how students are placed in ESL classes.

“Part of that would be assessments showing student progress,” Ford said.

“We deal with those biases and displays of racism that prevent students from doing well, so they end up being placed where they need to be placed so they can continue their education.”

As it stands, the PDSB determines which students might need to be placed in ESL based on information from “Regional Welcome Centers” in Brampton and Mississauga dubbed “We Welcome the World.”

After a collaborative assessment with a student and their parents, educators recommend to the school whether or not to place the child in ESL. The council matches families who may not be fluent in English with interpreters throughout the process to help them understand, Hoppie says.

But Ford says that despite this effort, some students who speak English are still placed in ESL and she attributes this to discrimination.

“Bias shows up and decisions are made. Period,” she said. “It is the manifestation of institutional racism. It has already been denounced in the directives of the ministry and our mandate is to eliminate this practice and to put in place practices based on anti-racist and anti-oppressive principles.”

Hoppie says there’s still work to be done, but the council is more committed than ever to ending systemic discrimination.

“There is racism that exists within our education system,” he said.

“It’s not something we try to quietly sweep under the rug. Rather, we call it, name it – anti-black racism – calling it out for what it is, that discriminatory practices exist. .”

tamilisai: nothing wrong with learning other languages: tamilisai | News from Coimbatore