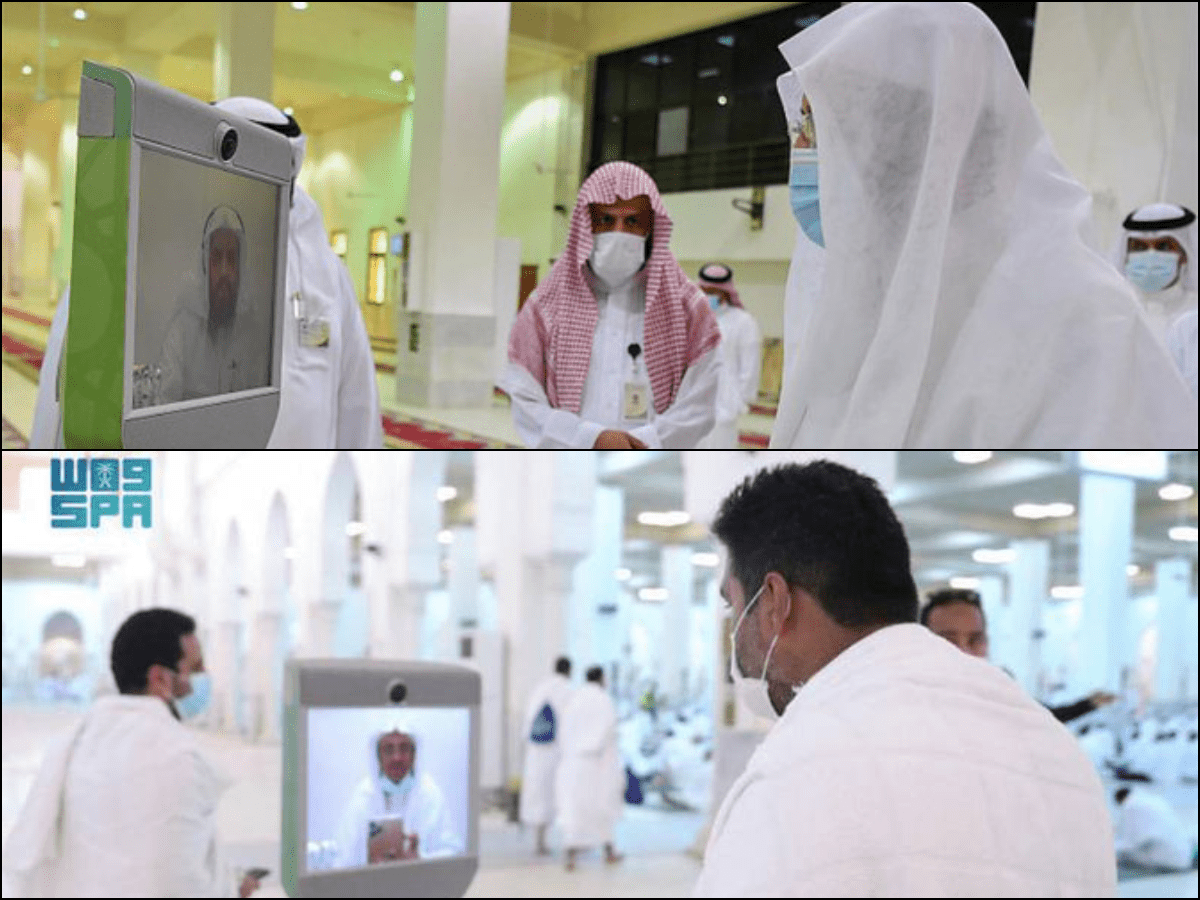 Visiting pilgrims The Great Mosque of Mecca can now be guided by the new four-wheel guide robots. The Kingdom of Saudi Arabia threw artificial intelligence (AI) robot guides at the Grand Mosque in the holy city of Mecca, who will help answer visitors’ questions and offer advice on mandatory rituals, the Saudi press agency (SPA) reported.

The General Presidency for the Affairs of the Two Holy Mosques said the initiative aimed to develop and revolutionize the level of its services.

The new robot guides aren’t the only automated assistance at the Grand Mosque of Mecca.

The Grand Mosque also has automated cleaning robots to sterilize the premises to help prevent the spread of the COVID-19[female[feminine pandemic. Other robots roam the site between 8 a.m. and 5 p.m. to distribute bottled Zamzam holy water from the well below the mosque. Both operate without any human intervention for eight hours using intelligent systems.

The Smart Robot, which weighs 300 kilograms, can carry 68.14 liters of water for cleaning for four hours. It can move at speeds of up to 5 kilometers per hour, it uses cameras and aerial sensors to identify layouts and avoid colliding with people and obstacles.

The presidency aims to help educate Muslims around the world on the use of new technologies, including artificial intelligence and e-learning.

Muslims around the world can also obtain certification to participate in initiatives such as Maqra ‘Al-Haramayn, the reader of the two holy mosques, which teaches the Koran.

Online classes are held from the Grand Mosque of Mecca and are available in six languages, including Urdu, English and Hausa.

The presidency also launched the Smart Qur’an, an electronic device for visually impaired people so that they can read the Quran in Braille.