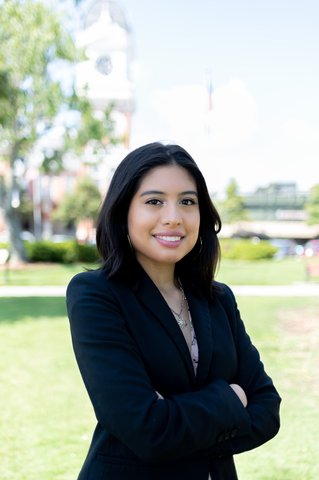 As a Latina student at Newton College and Career Academy, Jenny Rodriguez sometimes found herself struggling with the discomfort that comes with the distinction of often being the only student of her ethnicity in a particular class.

But more than ever, she turns those challenges into leadership opportunities.

Beyond Rodriguez’s unweighted 4.0 grade point average and her internship at the MG law firm in Conyers, the senior says she is most proud of her accomplishments as a leader and tutor in the group. of NCCA entrepreneurs called Amigos Unidos.

It is a free English to Speakers of Other Languages ​​(ESOL) tutoring service and Hispanic cultural awareness club. Through this group, Rodriguez not only has the chance to deepen her pride and appreciation for her own heritage, but she can also help others do the same.

“I strive to provide resources for Hispanics who have little guidance in their studies and struggle with language barriers in the classroom,” she said. “I also find it crucial to teach others about Hispanic culture, as I was often the only Latina in a class and it was hard to accept and embrace my difference.

“So it has become a dream and an honor to celebrate my history, my culture and the influence of previous generations by creating awareness to empower people to do the same.”

Beyond that, she enjoys her job at MG Law where she helps file documents for motor vehicle accidents and rental properties, creating entries, answering phone calls and developing research for cases. high profile, not to mention managing MG Law’s social media accounts.

Rodriguez’s fascination with legal work came from seeing how others who share his heritage often struggle with legal issues — and not always because of something they did wrong.

“I’ve always had a fascination with legal work,” she says. “This internship has just further fueled my passion for the defense of defenseless people. As a witness to the social injustices against my father, I knew I had to help others and make a difference in their lives.

Rodriguez says she narrowed her college choices to Emory University, Georgia State, the University of Georgia and Harvard College. Her list of campus involvements at the NCCA is long, including membership on the Associate Board of Directors of the NCCA, Future Business Leaders of America where she served as Vice President of Community Service and as a contributor to Newton High. School Latino Student Union.

It’s not just for resume padding, though. She uses every experience to help her achieve her greatest mission – to have maximum impact in her community of Covington and beyond.

“This kind of recognition helps promote other leaders to emerge and reside in Covington to want to make a difference,” she said. “I believe change is created by maintaining and recognizing strong individuals to collaborate in the fight for impact, and ultimately, my mission is to make a difference in the lives of others by standing up for underserved minority communities.”