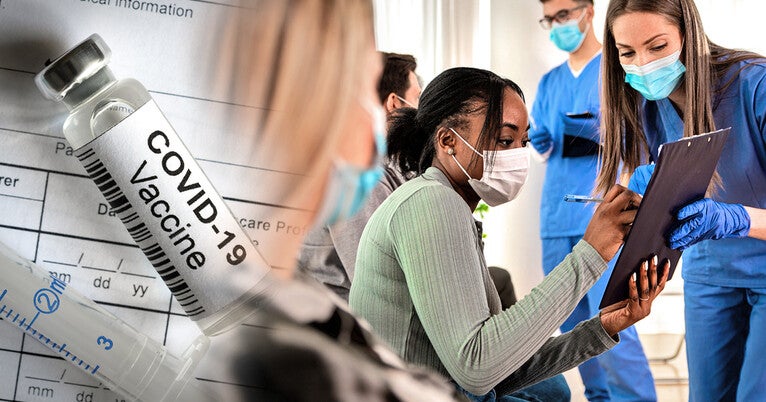 COVID-related deaths in black and Latin communities are double that of their white counterparts, relative to the share of the population. During the pandemic, racial and ethnic disparities were seen in immunization rates and access to vaccines in these same communities.

A recent study co-led by Yale researchers looked at the factors that facilitate and hinder vaccine access and acceptance as well as what can be done to promote more equitable access and use of COVID-19 vaccines.

For the study, researchers and community partners conducted a series of focus group discussions in March 2021 with 72 people from New Haven who identify as Black and Latinx about their experiences accessing the vaccine and what factors. influenced their reception. In their conclusions, published in JAMA network open, they identified three main themes: the pervasive mistreatment of black and Latin communities which created mistrust; the importance of informing trust through choice, social support, diversity and messengers of trust; and structural barriers to access to vaccines.

Participants highlighted the disparate health outcomes in black and Latin communities and the rejection of their health problems as drivers of mistrust of the health system. Even when looking for COVID-19 vaccines, some participants described how difficult it can be to get them, noting their frustration with the registration process and the lack of support for those who speak Spanish.

The research was led by the Community Alliance for Research and Engagement (CARE) – co-hosted at the Yale School of Public Health and Southern Connecticut State University – and included partners from across the New Haven community.

In an interview with Yale News, three members of the research team – Lilanthi Balasuriya, National Clinical Fellow at Yale School of Medicine, Jessica Ainooson, Graduate Student at Yale School of Public Health and CARE Research Assistant, and Bernard Macklin, the Immunization Awareness Coordinator at CARE – described what they learned from these community conversations and what it will take to build trust in communities hardest hit by the pandemic. This interview has been condensed and edited.

What, in your opinion, were the main drivers or limitations to vaccine acceptance?

Jessica Ainooson: What came out of the focus groups was that access isn’t just about getting to the vaccination site, but it’s a continuum of how people can access information, transportation, communication and resources. This is to increase access to residents who are disproportionately affected by structural barriers.

And access must be multilingual in a city like New Haven which is home to a diverse population. Participants explained that they had to rely on family members for information or that they had to act as translators for relatives who did not speak English. This really highlighted the challenges and the disparities for residents who did not speak English as their primary language.

What also emerges is the lack of trust between the health system as a whole and the local community, which has manifested itself as a barrier to immunization but also as a general concern for interaction with the health system. health. For this reason, New Haven residents felt that continued communication, clear messages, and partnership beyond the pandemic was the way forward.

One of the main findings of the study was the importance of seeking informed community information on this type of public health challenge. How did you get those kinds of ideas for this study?

Macklin: At CARE, we usually go out into the community – knocking on doors, face-to-face interactions, webinars, events – to find people, provide them with factual information, and in this case, run listening sessions. In the listening sessions, you get information from people and then you build a campaign from there that specifically addresses the areas that interest them.

What are some of the responses that stood out to you during the focus groups?

Lilanthi Balasuriya: One person spoke about the importance of having choice during their immunization process. The participant described having a list of different vaccines and being able to select the vaccine he wanted. Even having a choice of which chair or hallway to go to, those choices are important.

Ainooson: People were really honest, not just about their feelings about the vaccine, but sharing stories that had happened to them or to people they knew. And in this sense, [the focus groups] felt like a healing space.

Why is it important to create a space for this type of community engagement?

Ainooson: To make sure people get the information they need. In focus groups, people said they heard a lot of different posts and the posts weren’t consistent. And they wanted to know that there was somewhere they could go to get specific information, that there was someone they could trust. In the long run, this work is so important beyond the COVID-19 vaccine. It’s really about giving everyone an equal chance to live a healthy life.

Macklin: I’m a black man, and I love being able to share factual information that will affect the lives of people like me. The grant we received from [Centers for Disease Control and Prevention] gave us the opportunity to provide this information to the community.

Balasuriya: Building relationships and partnerships with the community must be an ongoing effort throughout the pandemic and beyond. The many different communities we have here in New Haven know their needs and know how to best use resources better than ever. We must continue to listen to the voices of our communities and join together to find the most innovative solutions both during the pandemic and beyond.

What kind of feedback did you receive from focus group participants on this awareness?

Ainooson: Sometimes people would linger after group chats and keep talking with us. One woman mentioned that she was going to talk to her son, who was resistant, about the possibility of getting the vaccine. Another time someone called after a focus group to say they had looked for more information [about the vaccine] and scheduled their first vaccination appointment. It was such a pleasure to hear that just having these focus groups could really make a difference to people and they thought it was useful.

Macklin: There is sometimes so much emphasis on the negative. But some of the people I spoke to were just happy to hear something positive, something real. And people felt good to be able to speak out without being judged.

We realize that because there have been so many years of distrust … that it is going to take time to build that trust.

What are your next steps?
Ainooson: This work is in progress. We have integrated listening sessions with healthcare providers. We have held another round of focus groups, and we will probably have another in early 2022. After hosting the first focus groups, we hosted an informative webinar in Spanish and English with community members to share our findings with them. . It was really important to share it. It’s part of building trust.
Macklin: And we have to be patient. It’s essential. We realize that because there have been so many years of mistrust, too many years of bad things happening in our communities, that it will take time to build that trust.

The research team suggested possible strategies to improve access and uptake of vaccination in communities hardest hit by the pandemic, which are listed in full in their article, some of which include:

Lawrence Weiner, artist whose medium was language, dies at 79