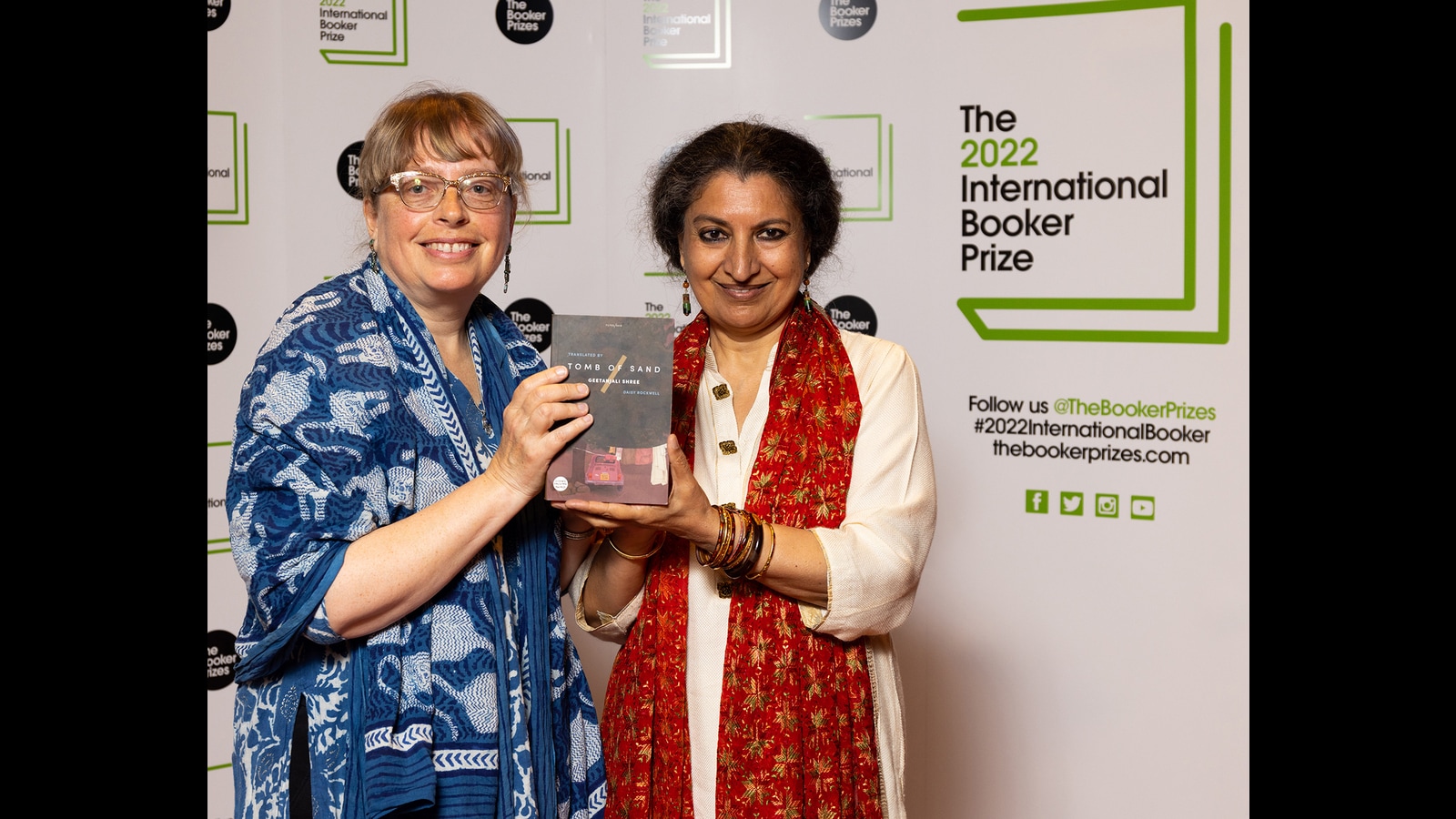 Roundabout | Quite butterfly times are coming for translators

Courting and wowing audiences for 56 long years, one young girl has become a pop culture phenomenon like no other. She moves from one subject to another with alacrity, finesse and a lot of confidence. Sometimes she walks down the red carpet singing, ‘Gori tera dress barha pyara‘ and other times, sits sadly on the rubble, following the riots that rocked the capital, exclaiming: ‘Dilli aisa kisi ne mera torha‘. She never fails to turn heads, touch hearts and strike the right chords.

Guess what she’s been up to most recently? It doubled! Two identical girls sat side by side with victory smiles, their favorite butter in hand, exclaiming “Jeetanjali”. Not only that, the cheeky glutens added, “Your price Bhookh ka!”. The early pop icon praised author Geetanjali Shree and translator Daisy Rockwell for winning the International Booker Prize together for the first time in her unique style. Geetanjali Shree’s Hindi novel “Ret Samadhi” translated as “The Sand Tomb” had won the prestigious prize, and here the two were seen sharing the spoils equally, with the translator getting as much as the writer.

This is certainly good news for written literature in our multilingual country. An English translation can catapult these masterpieces onto the global platform. Translations have exploded over the past few decades, and this international validation makes all the difference. The general joy and celebration recalls when Arundhati Roy won the Man Booker Prize for his first novel ‘The God of Little Things’ almost a quarter of a century ago in 1997. There was such jubilation all around , and those that calculate the returns of everything in the moolah realized that it might not be a bad idea to take up writing as a profession. Of course, the truth is that a writer will always keep writing: money or no money. And money can’t make a writer out of someone who isn’t. The same is true for translations.

It was also the year I moved to Delhi to work for the same daily newspaper that I worked in Chandigarh to fulfill my dream of being a metropolitan journalist. My first home was a colleague’s empty apartment, then a first-floor apartment in Jangpura. I stayed there for a few months in the refugee camp, and I don’t remember much about it, except for an interesting vegetable vendor. The man was shouting: ‘Do rupaiye kilo, lelo‘ late in the evening. One evening I went downstairs to find out which vegetable was sold at a disposable price. To my surprise, nothing was available at the price. Irritated, I asked the thele walawhy did he pretend to sell vegetables for ₹2. He smiled as he said, “To get people out of their homes.”

In short, I tell this episode to tell the atmosphere in the street. Most of the houses belonged to small well-to-do traders who took turns organizing a large ‘Mata da jagran.’ However, no one was interested in literature or literary activity. But the day the news broke that Roy had won the Man Booker Prize and the monetary award it had come with, my landlord’s young son came up the stairs to ask me if I was a writer. Journalist, I corrected it. Not interested, he smiled and said, “I want to be a writer like Arundhati Roy!” Well, this award had made this writing profession attractive to so many people. Let this also be the fate of translation.

“Words travel the worlds.” So goes the famous quotation and it is the translators who lead. The phenomenal translator Arun Sinha, who won the Distinguished Translator Award at the Jaipur Literature Festival this year, is recognized for translating the best of Bengali literature. Professor of creative writing at Ashoka University, he has translated around 70 books. Taking his prolific work in his stride, he says “Every Indian can translate!” Yes, Indians generally speak two or three languages ​​fluently and switching between them is easy for them.

But that’s not all, the translation must be good or the goal is lost: So opines Antara Dev Sen, who edits Indian Literature, the magazine of the national Sahitya Akademi. I was working with Antara in Delhi when she released The Little Magazine. While working for the magazine, one lost self-awareness and translated fiction, drama and poetry from Punjabi, Hindi and Urdu. Then came the notice and offers to publish a book or two translated from Punjabi. The road can be long and difficult but rewarding, except for the pay. With the rise of traction and the introduction of serious courses in some universities, it is hoped that the next generation of Indian translators can make a career out of it.

Why education has become a political battleground in America | News | DW