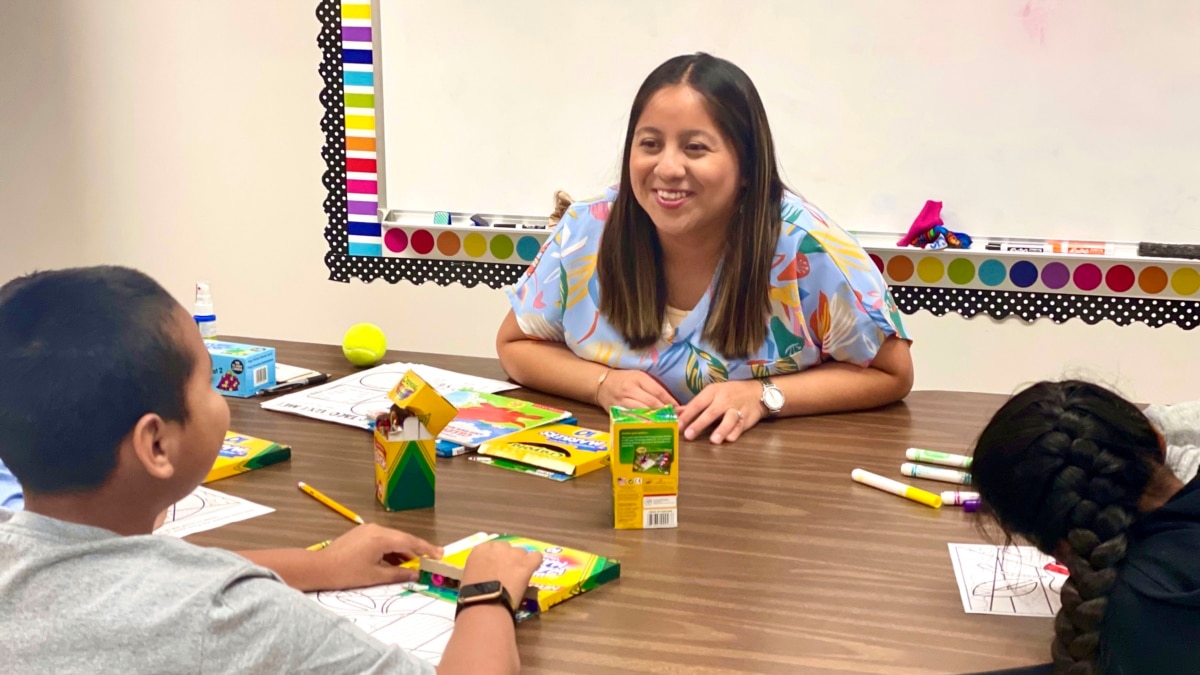 A community in the southern state of Alabama is experimenting with a better way to teach students learning English as a second language. To achieve its goal, the school district hire more local Spanish-speaking workers.

More than half of the 2,500 students in the Russellville School District are Hispanic. About 25% of them are learning English.

The district is using federal aid money aimed at helping communities impacted by the COVID-19 pandemic.

Kathy Alfaro is one of the teachers. She was a Spanish teacher, but took on a new job teaching English to children. Students who learn English are called EL students.

Russellville has at times struggled to find the workers and money needed to support EL students. It usually takes five years of intensive study to help a student learn English and perform well in a regular classroom. Russellville hopes to help its students and be a model for the rest of the country.

“We were trying to teach an increasing number of EL students with principally white teachers who speak English,” said Superintendent Heath Grimes. “And I’m like, ‘Why aren’t we using the resources that we have in our community? “”

As a group, English learners performed worse in language skill testing during the pandemic. Experts said it could be because many students don’t have good online courses. Schools may have struggled to teach English via video link.

But test scores at Russellville schools have improved. District-wide, the percentage of students who met language requirements increased from 46% in 2019 to 61% in 2022. In both elementary schools, skill increased by almost 30 percentage points.

Grimes said the increase was likely due to new EL teachers and assistants.

The non-profit group Education Trust found that some of the country’s largest districts were using pandemic aid money to give jobs to bilingual employees. Bilingual describes a person who can speak two languages.

However, federal aid money is starting to run out and schools are bracing for budget cuts. Some experts warn against reducing support for EL programs.

Carlos Alemán is the director of the Hispanic Interest Coalition of Alabama. He said that with federal money no longer available, the state should “review what it can do to make sure these programs can stay in place.”

Russellville school officials are working on ways to retain the new positions. They also hope the state will increase long-term funding for EL education.

State support for English-language programs is limited, but growing. The state legislature approved $2.9 million for schools with large numbers of students learning English as a second language in 2018. That amount grew to $16 million last year. Alabama State Department of Education leaders are asking for more money in this year’s budget for EL specialists.

“It takes a lot more money to educate a kid who doesn’t speak your language,” said state Rep. Jamie Kiel, a Republican lawmaker from Russellville. He called for spending more money for EL students in the state budget.

At West Elementary in Russellville, Elizabeth Alonzo is in her second year as an EL assistant. She said there were few bilingual teachers in her school when she was growing up.

“Every time I started kindergarten I didn’t know a word of English, so I struggled a lot,” Alonzo said. “That was one of the reasons I wanted to do this, because I want to help these students.”

I am Jill Robbins

Dan Novak adapted this story based on Associated Press reporting.

Start the Quiz to find out

words in this story

Superintendent — nm a person who oversees an organization or department

skill — nm skillful or good enough to do something