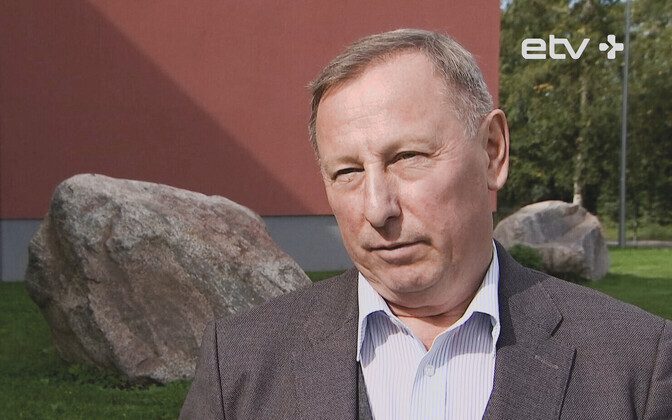 “I don’t want to go into details or politics,” Garanža told the ERR’s online Russian-language news portal on Monday. “I’ve decided [to resign] and that was it.”

“We are grateful to Sergei Garanža for his years-long contribution to education,” Kõlvart wrote in the city newspaper Stolitsa, the first source to report on Garanža’s decision on Monday. “Sergei Nikolayevich managed to prepare more than a generation of students for our country who are now helping to create our common future. It is a pity that a true professional, who worked for many years for the benefit of the Estonian capital and raised several generations of dignified Estonian citizens, resigns as director.”

According to the outgoing principal, he will meet with representatives of the Ministry of Education, but he had already discussed his plan to resign with the mayor, and Kõlvart reportedly supported his decision.

“It was not as easy a decision as it may seem to some, but it was my conscious decision,” Garanža said. “Am I going to change my mind? No, I do not throw my words lightly.

He added that he had not yet informed the school’s teaching staff of his decision.

Garanža has been the principal of the 64th Tallinn High School, later renamed Tallinn Linnamäe Russian High School (Tallinna Linnamäe vene lütseum), since its founding in 1998. Since 2005, he has officially held the position of acting principal.

He has been regularly criticized for failing to pass the Estonian language proficiency exam at C1 or advanced level, which is required for school principals in Estonia. Despite repeated calls from the opposition to fire him as principal, Tallinn’s city government, led by the Center Party, refused to do so.

In 2016, Garanža received the Tallinn Order of Merit “for his long-time leadership of a school”.

He said he had no plans to continue working as a teacher, but also did not say exactly what he intended to do in the future.