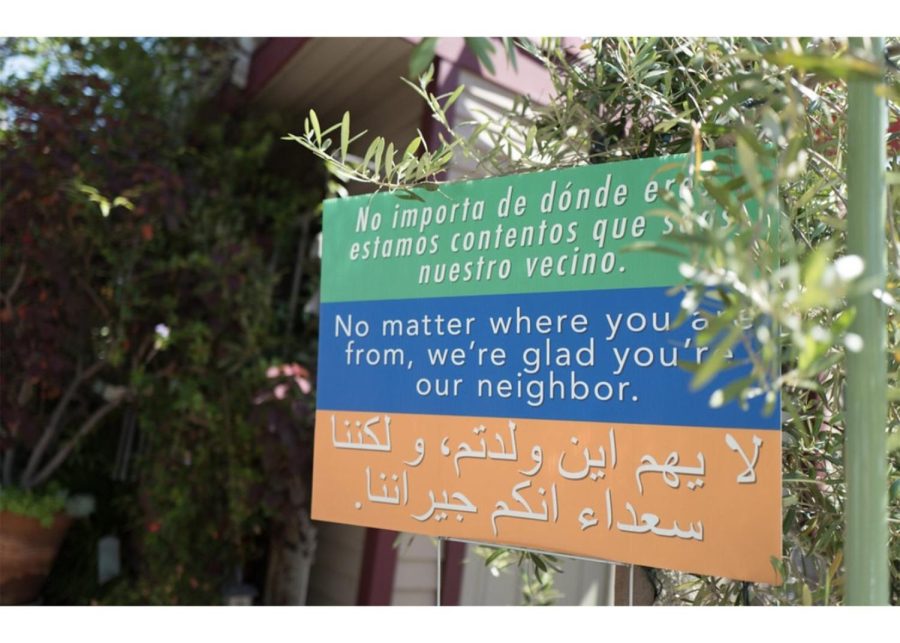 The first workshop will take place on February 8 and will focus on an analysis of the diversity of signage in Erie and will allow Gannon students to participate and create signs in their native language to display on the Erie campus.

The creation of these panels will take place during the second workshop on February 22.

Yochim discovered the need to raise awareness of the lack of signage by interviewing refugee, immigrant and domestic migrant populations during his own research.

Yochim had asked these groups, “What was the hardest part of moving to Erie?

Among other responses, the one that surfaced repeatedly was that road signs, bus announcements, and other important signs were only available in English.

This obstacle made these groups feel lost, making a not so easy transition even more difficult than it should be.

An analysis of signage in Erie was completed and it showed that all official signs were in English. Private businesses, places of worship, and street murals are all areas of Erie where multilingual signs can be found.

Yochim found while examining signage across Erie that foreign-born business owners tailored their diverse language populations to their signage.

Erie, as a place to welcome refugees, needs to be “more welcoming”, according to Yochim.

“It’s more than just a hosting issue, though; it is also a matter of practicality and even safety,” Yochim said.

Yochim found statistics indicating that between 7,000 and 20,000 New Americans live in Erie, and of those numbers, about 12,000 speak a language other than English.

With the overall population of Erie being slightly over 100,000, those who speak other languages ​​made up a significant portion of the population.

Yochim’s goal for his presentation is to make attendees aware of the need for multilingual signage and to start a conversation to spark new ideas on how to make things more accessible for those who are not fluent or can’t read English.

According to Yochim, the aspect of increasing official signs with other languages ​​is entirely up to the will of the city government, planners and other stakeholders.

Groups in the Erie area have gone to great lengths to add signage in different languages.

Erie Arts and Culture has put together a list of businesses owned by New Americans so they can be used as a resource for those coming to Erie.

Peace poles are set up and spread around Erie.

All the poles say “peace reign on Earth” and carry these words in many languages.

The neighborhood network of the Sisters of St. Joseph has created a Namaste garden for Bhutanese refugees that has multiple languages ​​on signs throughout the garden.

Yochim also mentioned that there have been a lot of changes over the past 20 years.

She grew up in the Erie area, and at that time there were hardly any signs that weren’t in English.

“Now, as an adult, it’s so exciting to drive around the city streets and see lots of stores with signs in languages ​​like Arabic and Spanish,” she said. .

During the workshop scheduled for February 22, upper-level Spanish students and students in the Arabic class will create multilingual signage that will be distributed throughout the Gannon campus, which will help connect international students and nationals to the refugee community of Erie.