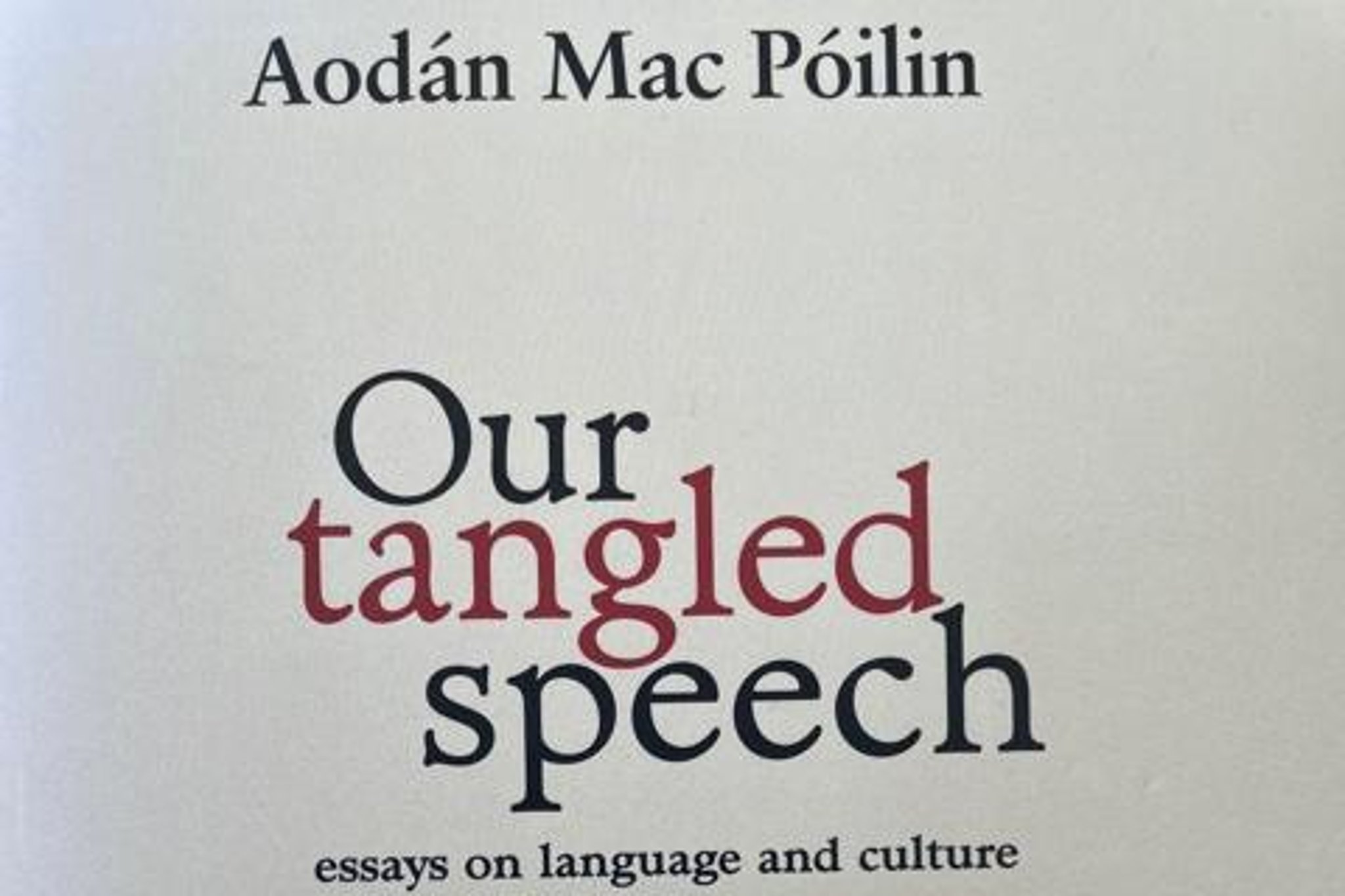 The muddled discourse that makes Irish language a political issue

By Bobbie M. Pasley Last updated Aug 9, 2021
0
Share
No one knew more than Aodán about the intersecting currents of language, religion and politics in Ireland.

The lesson of history is that when a minority language is captured by a political faction, it is the language that suffers – hypocritically promoted by those who wish to claim it and, therefore, irrationally despised by their opponents on the unrelated questions.

This impasse has been going on in Ireland for generations. Until relatively recently, the Irish language was spoken as much in Ulster as in the other provinces. Many Scottish settlers who brought Protestantism to the north also brought Gaelic. There was no predestined reason for the language to become tribal.

When I became Scottish Office Minister for Gaelic in 1997, I set out to implement long-standing ideas. One was to build a bridge between the Gaeltacht communities of Scotland and Ireland; a linguistic continuum which, without political boundaries, would extend from Lewis to the Ring of Kerry.

Part of my motivation was to emphasize that Scottish Gaelic transcends politics and religion. It is not owned by any faction. More interactions between Scottish and Irish communities having so much in common could only open minds and break down the barriers that had developed.

I went to Dublin where, after initial skepticism, Gaeltacht Minister Eamonn O Cúiv became an enthusiastic supporter. I have fond memories of him leading a parade through Ness – an unlikely prospect in other times for Eamonn De Valera’s grandson.

The Ultach Trust became the standard bearer of the Northern Irish branch of Iomairt Cholm Chille – a courageous organization which fought for years to maintain the political neutrality of the Irish language in the north and to resist, at the level local, to Sinn Fein’s efforts to monopolize it.

The director of the Ultach Trust was a great guy, Aodán Mac Póilin, who learned Irish as an adult and moved to Shaws Road Gaeltacht in West Belfast in the 1970s where he became president of the first school Irish in Northern Ireland and the public face of language activists determined to keep it out of political hands.

No one knew more than Aodán about the intersecting currents of language, religion and politics in Ireland. He lived among them through difficult decades and always understood “the other side of history”. Aodán passed away in 2016 at the height of his powers and this essay book was written between 1990 and 2011. For anyone curious about this topic, they provide a great accessible starting point.

Either way, the die was cast for the Irish language to be identified with Catholic nationalism when the Gaelic League, which had been founded in 1893 on an apolitical basis, became much more politically aligned around the 1916 uprising – which, in the long run, the language hasn’t really done any good.

Aodán’s theory was that Douglas Hyde, the figurehead of the Gaelic League, had been motivated by the example of the Gaelic Athletic Association. “The strength of the GAA was to have put nationalist energy at the service of the promotion of Gaelic sports, and it is likely that it saw the nationalist impulse as the most effective means for the revival of the Irish language to become a mass movement ”.

This never really happened, arguably because it was easier to become a howler than to learn Irish, but especially once De Valera imposed his vision of a Catholic Ireland of small farmers with all the cultural finery, it was hardly surprising that those from the north all of this with horror, included the Irish language in this mix.

And yet…. Nothing is ever that easy. When I was doing the preparatory work for Iomairt Cholm Chille, I took the precaution of walking past Reverend Ian Paisley in Westminster. “No problem at all,” he replied. “I remember when Irish was taught in the orange rooms in the north”.

I couldn’t find any evidence to support this, even in Aodán’s book. But I have no doubt that the Elder Paisley would have had a greater appreciation than any of his successors of the language’s political and religious neutrality because of his familiarity with Lewis as well as his deep hinterland d ‘Ulster.

When the Good Friday deal was negotiated, Irish status was – inevitably – one of the last sticking points for David Trimble. This circle was eventually quadrupled by giving equal status to the dubious concept of Ullans or “Ulster Scots”. Aodán quotes Tony Blair’s account of this discussion.

“Bertie Ahern didn’t have the same relaxed view of the importance of Ullans as I did, suggesting that maybe David would like to talk about some of the ‘fucking thing’ so we can hear what it sounded like, and David taking umbrage at the idea that the dialect was a Unionist invention. ”And, as it turned out, very lucrative but such is the price of peace.

While the status of the Irish language (and presumably Ulster Scots) has been reinvented as a major tenet of Northern Irish politics, the paradox is that a lot of good work has been done to break down prejudices.

If the concept of the right of a minority language to rise above politics and religion is better understood today than it was 20 or 100 years ago, it is in itself a tribute to the Aodán Mac Poillin’s lifelong work – and a source of hope.

(Our Tangled Speech – Essays on Language and Culture, published by the Ulster Historical Foundation at £ 19.99.)