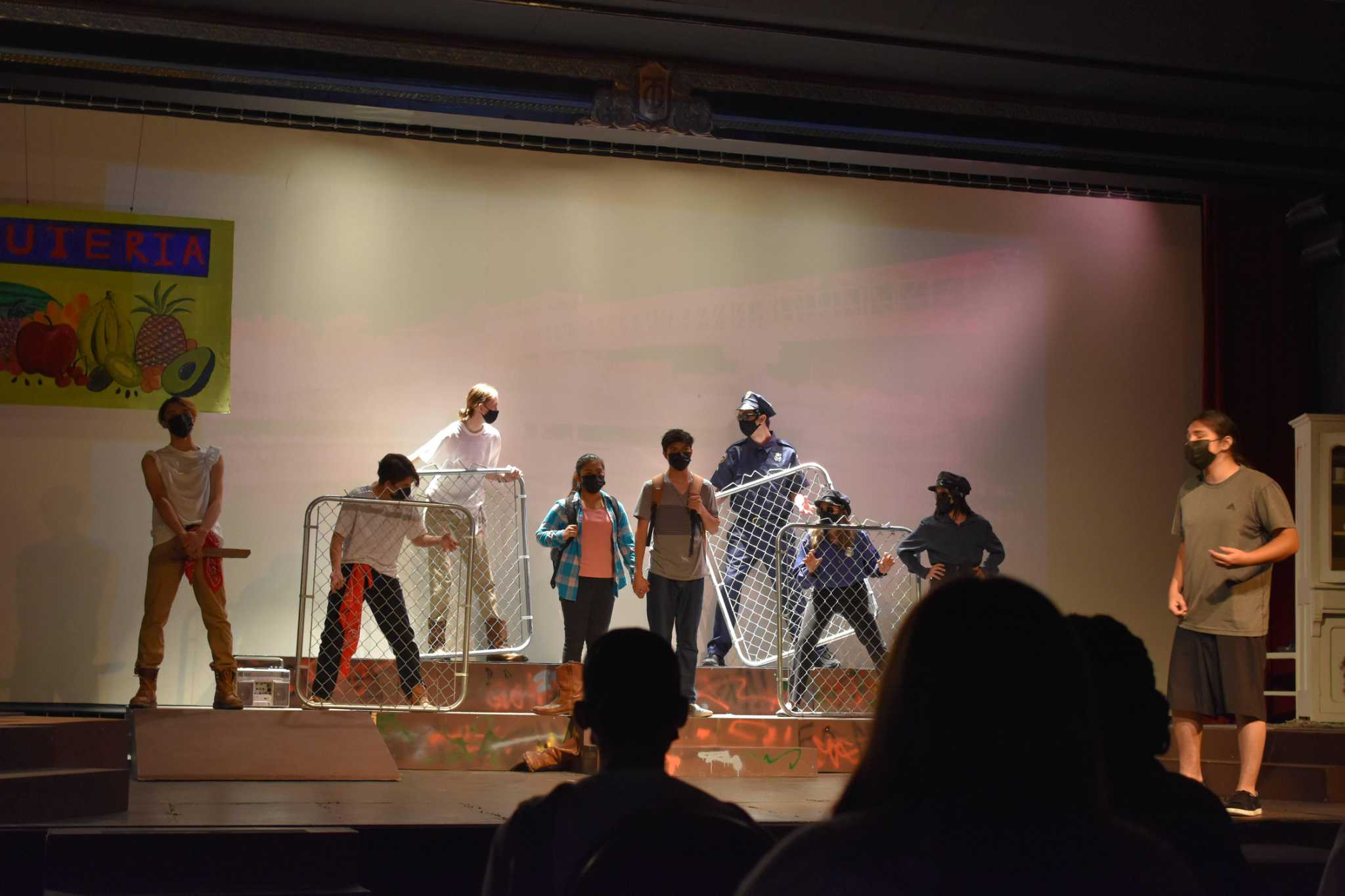 A scene from Lorenzo Gomez III’s book turned play, “Tafolla Toro: Three Years of Fear,” would piss off any parent of a college student.

Gomez takes us to a boy’s locker room on the West Side of town in the mid-90s. A young Lorenzo chooses a safe place, at least he thinks so, to change into sportswear. A boy standing there looked the most harmless.

They present themselves. Next, the boy tells Gomez that he is a member of the “Junior Mexican Mafia” and opens his duffel bag to reveal a handgun.

It was the first day of school.

Gomez was a student at what was called “Harvard of Middle Schools”, a multilingual magnetic school on the campus of Tafolla Middle School. He enrolled in Latin.

The school is located in a historic Mexican American neighborhood that has produced artists, academics, and political and business leaders.

It also remained one of the city’s poorest and most difficult neighborhoods, in the sights of the county jail.

For too many, there might as well be a pipeline between them.

Gomez rose above these circumstances. An early employee of cloud computing company Rackspace, he became a pioneer in the San Antonio tech community. He co-founded the Tech Bloc advocacy group and was CEO of the Geekdom co-working space. He co-founded the 80/20 Foundation, which provides grants to attract, develop and retain entrepreneurial talent.

He is CEO of Geekdom Media, which published his book in 2019.

In â€œTafolla Toroâ€ he talks about his old neighborhood and the tribulations of his youth with compelling stories that have helped students cope with anxiety and fear.

Over the summer, Gomez collaborated with students and teachers from CAST charter schools to write, produce and direct a play based on his book. He worked with CAST – short for the Centers for Applied Science & Technology, a network of tuition-free, career-focused high schools in San Antonio – for three years.

The play, which so far mirrors the first three chapters of the book, was performed Thursday and Friday at the Guadalupe Theater, a few blocks from Tafolla College. In the audience were around 300 ninth grade students from CAST schools.

It was part entertainment (the book is loaded with punk rock references), part education, part mental health advice from a guy who went through years of therapy in his thirties to deal with this. that he lived in his youth.

This is advice many could use these days as we face a resurgence of COVID, a dangerous departure of the United States from Afghanistan, and relentless battles at home for voting rights and freedom. racial justice.

CAST created a program based on the book, and Gomez said that â€œTafolla Toroâ€ has also caught the attention of producers who buy it as a potential movie or TV series.

He recently learned that â€œTafolla Toroâ€ was a finalist for an International Latino Book Award, in the â€œBest Self Transformation Bookâ€ category.

(Gomez’s early story of Rackspace, “The Rack We’ve Built: The Good, the Bad, and the Ugly of Creating a Corporate Culture,” is a finalist for Best Business Book in the World. same contest.)

Gomez hopes to stage â€œTafolla Toroâ€ for the general public and promises to make the rights available to schools and nonprofit groups.

CAST is raising funds to help complete the stage production, co-publish it, and gain approval from the State University Inter-School League to enter it in one-act theater competitions.

Gomez heard from parents that their college experiences in San Antonio were similar to his. Some said they had a hard time connecting with their own teenage children.

Gomez was moved to hear some of them say that they had â€œgone through the book togetherâ€ with their children.

Seeing the play come to life on stage was surreal for Gomez. “I’m still treating it,” he said.

In schools here and elsewhere, students sought the power to tell stories like his.

They called for candid conversations on difficult topics such as mental health, racial justice, poverty and homelessness.

CAST management has not shied away from bringing up such topics, viewing them as critical conversations about a world that can seem out of control and hard to understand.

A community needs to have these conversations, said CAST Executive Director Jeanne Russell.

He can’t afford not to have them.

Gomez relished other silver liners. The student who plays the elder Lorenzo found the author’s Spotify playlist – the songs Gomez listened to while writing â€œTafolla Toroâ€ – and used it to develop his performance.

Julian Perez, the actor who plays young Lorenzo, is 16 and a junior at CAST Tech High School. He said he had never experienced anything like what Gomez went through. Yet he was inspired by the experiences of his comrades who felt excluded and alone.

Gomez has yet to hear of a group of characters that inhabit his story – the students who sparked his three years of fear in Tafolla.

He nevertheless approached it.

During a reunion of former students, one of them mentioned that he gave a copy of the book to a relative in the county jail.

Inside the dungeon, he walked around. Some of Gomez’s readers were former Tafolla students.