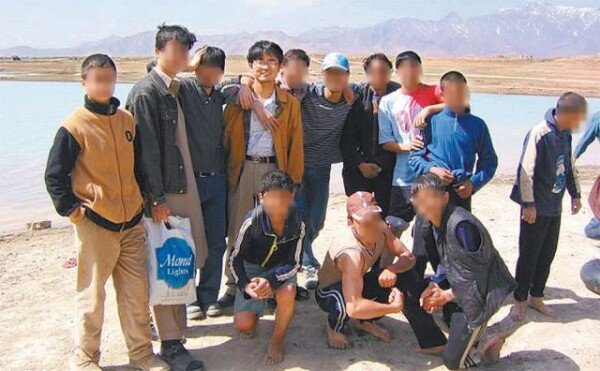 â€œIt was fortunate that the terrorist attack at Kabul airport took place after they arrived in Korea (people of special merit). If it had happened a little faster, the planes wouldn’t have been able to take off, â€said Lim, 66, who ran a Korean language school and taekwondo center in Afghanistan from 2010 in an interview with The Dong-A Ilbo. He is one of eight volunteer translators sought by the Ministry of Justice and the Korean Embassy in Afghanistan to help Afghans who arrive in Korea. â€œAlthough they are only a small number compared to the tens of millions of people in Afghanistan, I want to comfort them and help them adjust to life in Korea.

While planning to evacuate particularly deserving individuals, the Justice Ministry sought volunteer translators, who were fluent in the Afghan language and knowledgeable about the culture, through non-governmental organizations (NGOs), and people with ties to Afghanistan actively participated. Lim started volunteering in Afghanistan around 2010, thinking about the difficult post-war period in Korea. He established a Korean language school and taekwondo center in a regional community and a national university in a rural town in Afghanistan, and educated young children.

â€œBorn in a rural area of â€‹â€‹the Jeolla area, I grew up eating wheat and corn flour bread and porridge supplied by the United States,â€ Lim said. â€œI have always felt indebted for the help we received when we needed it. So I wanted to volunteer in an underdeveloped country after I retired. Lim said now is the time to pay off the debt, adding that it will help them feel comfortable while in Korea.

There are people who are ready to help Afghans using their naturalization experience. Park Na-sim, 30, who was naturalized in Korea in 2016 after leaving Afghanistan in 2006, said she felt she had to step forward and help them because she knew how difficult it would be. to leave his country of origin in a difficult situation. She plans to help her fellow Afghans learn Korean culture and language so that they can settle easily in Korea. She also discusses ways to provide housing for Afghan women.

There are also people who are thinking about ways to help Afghans integrate into the local community. Koo (52) and Kim (48), who have worked for NGOs in Afghanistan for four years since 2003, explore ways to establish a channel of communication between those who have already emigrated to Korea and people of special merit .

Twin brother and sister David Kim and Hosanna Kim (both 20) learned the Tajik language while living in Tajikistan at the age of three with their parents, who worked for refugees in a Christian organization . â€œJuggling volunteering and school life can be tough, but I volunteered because I wanted to do what I could do to help people,â€ said David.