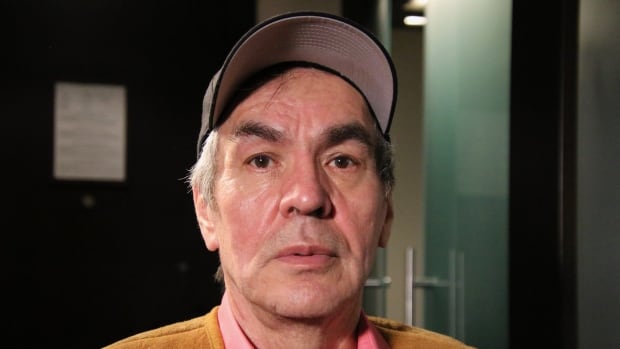 “Why did it take so long? Pope’s apology allows residential school survivor to face hidden past

For 58 years, Norman Yakeula hid some of his residential school experience, only sharing bits and pieces at a time to shield himself from the pain of the open wounds that remained.

But after traveling to Rome to hear from Pope Francis, Yakeula, 63, asked to sit down with CBC News to share a long-hidden part of her story.

“I had this when I was five,” Yakeula said, lifting the pink shirt he wore during Friday’s final audience with Pope, First Nations, Inuit and Métis delegates at the Vatican.

Yakeula reveals a long scar with 17 faded indentations from stitches on the right side of her abdomen.

“That’s what I go through every day,” said Yakeula, who is originally from Tulita, Northwest Territories, but now lives in Yellowknife.

“I remember what happened to me. That’s how deep the pain is.”

Norman Yakeula describes what went through his mind when the pope read an apology from prepared remarks in the Vatican. 2:29

He recently replaced it with his original form of Yakeula, which means “to sing in the skies” in the Dene language.

“It’s the name I have to recognize and respect,” he said.

For decades, Yakeula said he was ashamed of his scar. As a child, he always swam with a shirt to hide it. Now Yakeula has said he is ready to publicly reveal what happened to him to show the truth about those who ran the Catholic boarding school.

“While I was here in Rome, I always protected that,” Yakeula said.

“Today I want to share because I’m getting closer to not feeling the same way about this.”

During his first year at Grollier Hall, Yakeula said he was sent to hospital by school supervisors and doctors decided to operate on him.

At the time, he said he was told the doctor had to remove a birthmark.

Even today, he wonders what really happened to him. What is clear – the operation left a lasting mark on him that caused him physical and emotional pain for decades.

“After the operation…I couldn’t move,” Yakeula said. “I was in pain, I was crying for my mother. It was painful. I don’t know why they cut me.”

Yakeula still vividly remembers having to learn to walk again at the age of five with a chair.

His mother Laura Lennie only found out about the operation when Yakeula returned from boarding school for the summer in June.

“Mom was giving us a bath in the tub and took off my shirt, and she looked at me and said, ‘What happened to you?’ I said, ‘Mom, they cut me,'” he said.

Yakeula felt flashbacks when he heard Pope Francis apologize last Friday for the conduct of some members of the Roman Catholic Church in residential schools.

“I was thinking, from when I was five until now, why has it taken so long for four words: I’m so sorry? Why did you put me and to many others, this painful process? said Yakeula.

The pope’s first apology for the boarding school comes too late for Yakeula’s mother and many other survivors – six years after the Truth and Reconciliation Commission called for a papal apology.

McGrattan said Pope Francis needed to establish a personal connection with the survivors before issuing a personal apology.

“It is very important that the Holy Father listens and then expresses with authenticity that this experience really moved him,” the Bishop of Calgary said at Friday’s press conference after the Pope’s address.

“Following that, he expressed this apology, I believe, from the sincerity of his heart after listening to many stories this week.”

Breaking the shell of the residential school cocoon

Yakeula said he got angry after the apology, took time off to rest and woke up feeling relieved.

But he said the pope has yet to issue a full apology on Canadian soil. Pope Francis told First Nations, Inuit and Métis delegates that he hoped to visit Canada this summer.

When he comes, Yakeula said he wanted the pope to visit his mother’s grave.

Yakeula said meeting the pope allowed him to come to terms with his own experience in a way he couldn’t before.

WATCH | “We want to give them a good future,” says Norman Yakeula:

“We want to give them a good future,” says residential school survivor

Norman Yakeula says he wants to put the pain and shame of the past “in the past where it belongs” so future generations don’t have to take it with them. 1:09

“We’re like the cocoon where we break through the shell of boarding school and that transformation to become who we were meant to be before boarding school, and it’s a painful process,” Yakeula said.

“We had the past before us and that was our future: the pain, the shame, the pain. Today we want to put that pain in the past where it belongs so that our people, and especially our young children , don’t have to wear this for us.”

The church takes back the shame

As the pope asked for God’s forgiveness, Yakeula said the church has reclaimed that shame.

“It’s not our shame,” Yakeula said. “Today is good. They have accepted this responsibility.”

Yakeula, who calls himself a residential school freedom fighter, said an apology is a first step towards healing.

Now he said action was needed and he would like to revive a national group of survivors, working with the church and young people to move forward.

“We’ve come this far. Now it’s our turn as survivors to do it,” he said.

“Make things happen for our young people…Lead them on the path of reconciliation.”

Support is available to anyone affected by their residential school experience or recent reports. A National Indian Residential Schools Crisis Line has been established to provide support to former students and those affected. People can access emotional referral and crisis services by calling the 24-hour National Crisis Line: 1-866-925-4419.