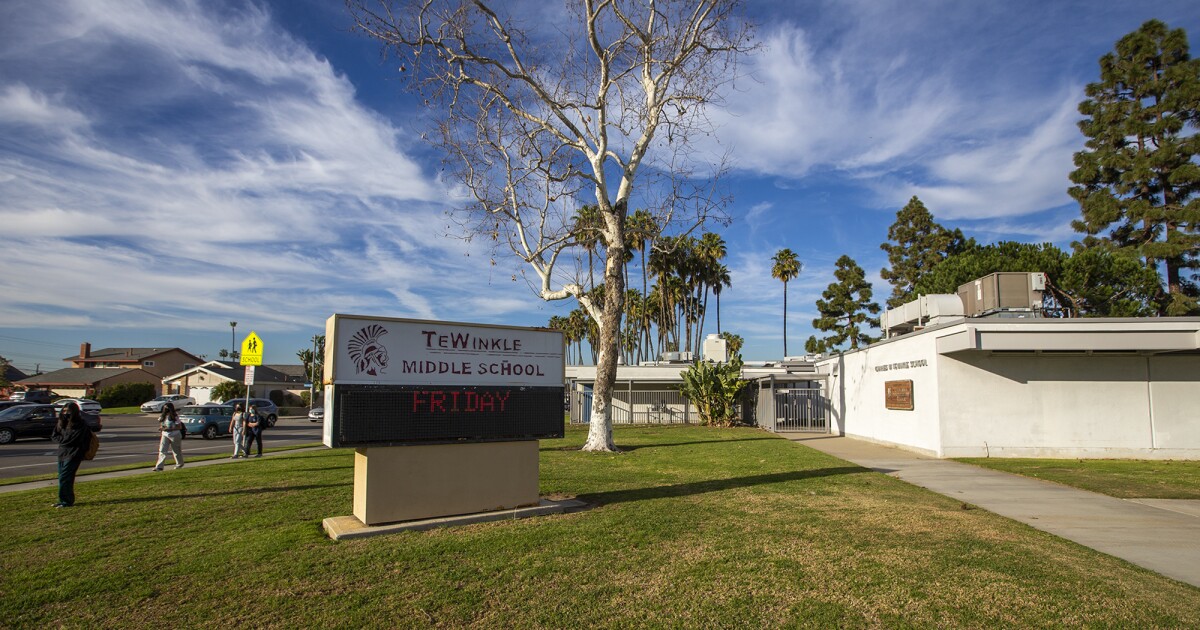 Educators would move mountains for the well-being of students, so why not lesson periods? That was the consensus earlier this week when administrators at TeWinkle Middle School informed parents that the bell schedule would change next year to accommodate a seven-period day.

A change in schedules at the Costa Mesa campus and the shortening of classes, from 58 minutes to 47, will give children one more period to fill with an elective course, such as art, publications or engineering. New classes are also due to be added next year, including French, Spanish, Art 2, and Design and Modeling Engineering.

“The addition of a seventh period is more consistent with other middle schools in our school district, allowing our TeWinkle students to take additional electives,” the Newport-Mesa Unified School District spokeswoman wrote Wednesday. , Annette Franco, in an e-mail to the families.

The changes follow a series of meetings and conversations between parents, teachers, administrators and district officials that followed complaints from parents TeWinkle students had far fewer elective choices than their counterparts at other campuses.

Additionally, many TeWinkle students are enrolled in the Advancement Via Individual Determination (AVID) or AVID Excel tutoring program, a class that helps English learners accelerate their language acquisition. For them, participation was their only elective choice.

Parents, primarily those with elementary school-aged children whose schools feed into TeWinkle, reported these disparities to district officials, who convened a forum in February to discuss solutions.

Then someone suggested a day of seven periods. Principal Dipali Potnis discussed the idea with teachers and school staff, who overwhelmingly approved of the changes needed to give the children one more period.

“I can already hear students saying that they are delighted to be able to take another elective course. [And] the teachers are thrilled,” Potnis said Thursday. “I’m so proud that everyone came together and made this happen.”

Michelle Erickson, a Costa Mesa resident, whose son and daughter attend nearby Victoria Elementary School, has been in regular contact with the district and attended the Feb. 15 community forum. She said she was happy that students would have more choices next year.

“It’s a big step in the right direction. I also think it’s a testament to a public movement,” Erickson said Thursday. “The system can work if the public is engaged and when we have leaders who listen and care enough.”

Laura Van de Merghel, whose daughter is a seventh year student at TeWinkle and whose son attends third year at Victoria, said it was distressing to hear that TeWinkle students don’t have the same access to classes elective than children on other campuses. While the news this week is good, she said more needs to be done to bring schools in the Estancia High School area to the level that staff, students and families deserve.

“I really feel like we still have separate schools, but we’ll take what we can,” she added. “The next step is, since we’re going to build a theater in Estancia, get theater and music going, or try ceramics — give the kids more creative outlets.”

Support our coverage by becoming a digital subscriber.