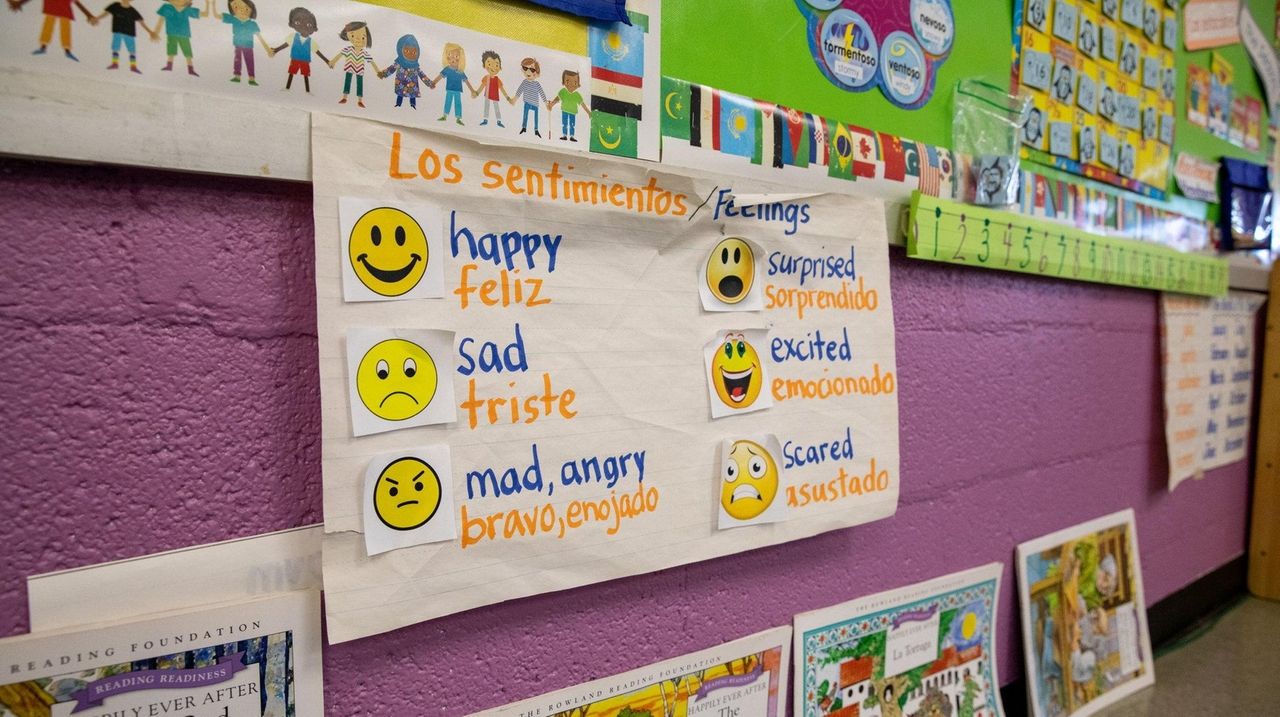 Two Catholic high schools on Long Island were struggling to enroll, so church leaders came up with a bold plan: turn them into a bilingual, bilingual school.

Six months after the start of the Diocese of Rockville Center’s first venture into bilingual programs, the dual-campus Our Lady of Guadalupe School in Central Islip and Deer Park is thriving, with waiting lists for some classes , including kindergarten and pre-kindergarten, school officials said.

The school receives support from Boston College and Notre Dame University, and recently hosted a visit from the Consul General of El Salvador to Long Island, who said he would report to the President of the Nation of America. central to the project.

“I have been in Catholic education for 30 years, I have worked in recruitment at high school level, and I have never seen the interest that schools arouse on the part of parents, declared Valérie Serpe, Head of Notre-Dame School. from the Guadalupe school.

Kindergarten and Kindergarten students at sister schools in Central Islip and Deer Park spend half the day studying in English and the other half in Spanish. The program will go up a level each year until the whole school is bilingual.

At the end of the 8th year, pupils should be fluent in both languages.

“We’re developing it from the bottom up,” Serpe said.

From breaking news to special features and documentaries, the NewsdayTV team covers the issues that matter to you.

The schools were previously known as Our Lady of Providence in Central Islip and SS Cyril and Methodius in Deer Park.

Their turnaround is notable as the number of Catholic high schools on Long Island is shrinking amid declining enrollment — a trend made worse by the COVID-19 pandemic, church officials say.

Brother Thomas Cleary, the president of Chaminade who is also leading the revitalization effort, said it was essential to keep the two Catholic schools afloat because if they closed there would be few other options nearby for them. parents who want a Catholic education for their children.

The old model of learning a second language from middle school or high school is far less effective than starting at a young age, he said.

“Who wouldn’t want to learn a second language in the early years instead of the traditional methods of studying it later?” he said.

Schools accept children of all religions, although around three-quarters of their 400 students are Catholic. Tuition is approximately $6,000 per year and includes before and after school care from 7 a.m. to 5:30 p.m.

Both Boston College and Notre Dame offer support through regular training, access to research, advice on how to attract students, and visits to other bilingual schools.

There are at least 2,000 bilingual schools or programs in the United States, including about 100 in Catholic institutions, said Elena Sada, head of the Two-Way Immersion Network of Catholic Schools at Boston College.

Parents from Central Islip and Deer Park schools said they had a variety of reasons for enrolling.

Blanca Umanzor, an immigrant from El Salvador who lives in Central Islip, said she was worried her 4-year-old son, Matthew, knows almost no Spanish since the family speaks mostly English at home.

Now he speaks Spanish regularly and comes home from school asking him how to say certain things in Spanish.


Sandiya Quackenbush, whose mother tongue is English, said it was essential for her 5-year-old daughter, Amiyah, to become bilingual.

Amiyah was in a Spanish immersion preschool, and when Quackenbush heard about the new school in Central Islip, she enrolled immediately.

Berlyne Roche, a Haitian who lives in Brentwood, wants her 5-year-old son, Cedrick, to become trilingual. He already speaks Haitian Creole and English.

With the booming Latino population on Long Island, “I think in the future it will give him a lot of opportunities” if he speaks Spanish, she said.

Henry Paul Salgado, El Salvador’s consul general for the region, said he was impressed during his visit last month.

“You see the cultures reflected, where there is no difference between whites, Hispanics and blacks,” he said in Spanish. “It’s very important because we are in a globalized world.”

Besides teaching languages, schools show children “how to live in peace”, he said.

Bart Jones has covered religion, immigration and major breaking news at Newsday since 2000. A former foreign correspondent for the Associated Press in Venezuela, he is the author of “HUGO! The story of Hugo Chavez, from Mud Hut to Perpetual Revolution.

Literacy and justice for all