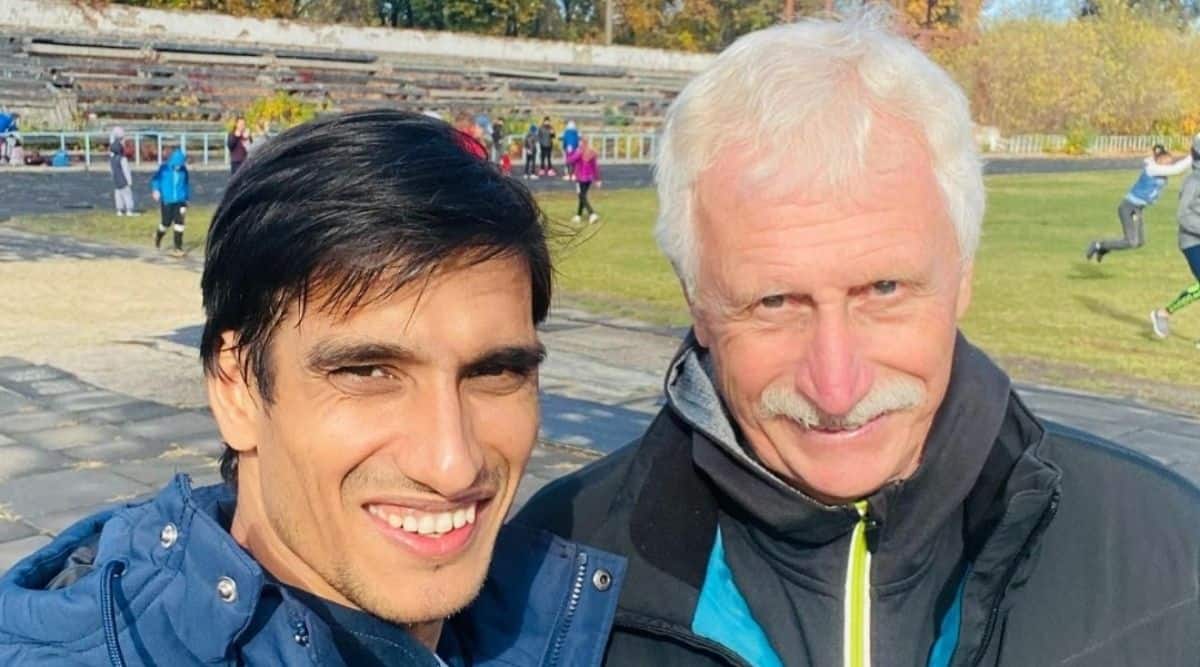 One of the country’s top Paralympians, Sharad, calls Kharkiv his second home. He trained with Nikitin for five years in Ukraine’s second largest city, studied business management at his higher institute, learned Russian, made friends and even experienced the tension of pro-Russian unrest in the region.

“I owe all my major medals to Coach Nikitin and my training camp in Kharkiv. I was training with Nikitin in Bangalore (in 2012) when he was coaching here. Ukraine (in 2017) because it is the “high jump capital of the world”. Bohdan Bondarenko, bronze medalist at the Rio Olympics, trained at the same school in Kharkiv, where I trained”, Sharad said after hanging up with Nikitin.

I just spoke to my trainer in Ukraine Kharkiv, he is worried, he hears shelling from his room, he is considering moving to his underground garage.

The veteran coach told Sharad he was seeking safety in an underground bunker because he could hear the bombs. “I feel helpless. I hope the coach and his family find a safe place,” Sharad added.
He is also anxious because his friends and classmates in Kharkiv, many of whom are international students, are still stuck in their apartments.

“I learned that a bomb had exploded next to Rybalka’s apartment where I was living,” Sharad said.

“I constantly talk to my friends in Kharkiv. All are crying on the phone saying “we don’t know what to do”. They’re all stuck right now. They come from different parts of the world like Egypt, Jordan, Lebanon, Azerbaijan, Turkmenistan,” Sharad said.

Sharad also made friends outside of Kharkiv Polytechnic Institute, where he enrolled in an MBA course.

One of those Sharad is trying to help connect with embassy officials in Ukraine is Aziz Mansoor Ali Amdawala, a quality control manager at a private firm. When Amdawala moved to Kharkiv from Vasai to Mumbai a few months ago, he never imagined his world would turn so quickly upside down.

“The building I live in is vibrating with tremors from explosions miles away. I woke up this morning with a loud explosion and I was afraid our building might be hit. There have been tensions in the region, but none of us who remain in Kharkiv expected it to turn into war overnight,” Amdawala said.

The first thing he did on Thursday morning was buy some basic necessities from an open store. “At the moment, electricity and water are not affected. There is food and water. Only if the sound of explosions could stop. Indian students I know called me to tell me that we should leave Kharkiv. I told them to stay put because we don’t know how it is outside of Kharkiv. I don’t know when I’ll be able to catch a flight back,” he said.

Knowing that a top Paralympian in India is trying to help him move to a safer place is the only reason Amdawala is sane.

Sharad’s master’s degree in political science, with a specialization in international relations from JNU in New Delhi, and his stay in Kharkiv help him understand what is happening on the ground in the Russian-Ukrainian crisis. He found time to take Russian lessons at Kharkiv Polytechnic Institute when he finished his business management course. Sharad can understand Russian and can string words together to make basic conversation.

“During my stay in Kharkiv, I felt that a number of people were for a common Russian culture and wanted close relations with Russia. Ukraine is like a buffer zone between East and West at modern era. Kharkiv is like a traditional capital. Every winter there was tension in Kharkiv with protests between those who were pro-Russian and those who were not and clashes near the border” , Sharad said.

The 29-year-old from Patna has plenty of takeaways from Kharkiv. “I was training at the Htz school. If you want world-class facilities, you have to go to the United States. But in Kharkiv, it’s the old approach of the Soviet Union that there is a training method,” Sharad said.

He used to train in an indoor facility at the school from around 10 a.m. to 1:30 p.m. and then go to the Polytechnic Institute to study. “It was so cold. Most of the time, you only had energy to train, rest and recover. But I managed to study too and make friends. I won medals for the country because I was able to train in Ukraine. I hope normalcy returns soon and my coach and friends are safe.

Why Missionaries Should Learn the Language