There are many examples around the world of people speaking different languages ​​living side by side, or living near an international border to speak the language of the neighboring country. Professors from the College of Arts and Sciences write for The Conversation about the conflicts surrounding language and how it is used as a tool of politics and power.

A key element of the Russia-Ukraine war is Russian President Vladimir Putin’s assertion that the two countries not only share a history, but also a common language. Both are attempts to diminish Ukrainian claims of an independent identity vis-à-vis Russia. In our research on language conflicts, we have seen that the use of language as a tool of politics and power is not at all uncommon.

There are many examples around the world of people speaking different languages ​​living side by side – whether in uncomfortable peace, like French speakers in English-dominated Canada, or with low-level conflict, like Kurdish speakers in Turkey dominated by Turkey.

However, none of these turned into wars, at least not for many decades.

Intervention should not mean invasion 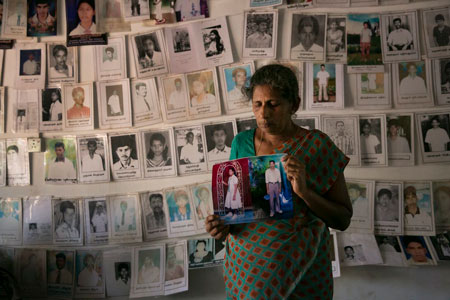 Patmanathan Kokilavani holds a picture of her two children, who are among those who disappeared during Sri Lanka’s civil war. Allison Joyce/Getty Pictures.

Perhaps the most direct foreign implication regarding language differences and similarities is the Sri Lankan Civil War, which lasted from 1983 to 2009 and claimed over 100,000 lives.

The country’s Tamil-speaking separatists have carried out terrorist attacks and suicide bombings against the Sinhalese-speaking majority, which had oppressed them for decades. The attacks sparked a violent response from Sinhalese and prompted India – which has 63 million Tamil speakers, about three times the total population of Sri Lanka – to send a peacekeeping force in 1987.

Indian troops occupied northern Sri Lanka in an effort to protect the Tamil speakers, but they made no effort to conquer the island. After two years, they withdrew completely, having failed to impose peace.

Is it so different?

In other cases, people’s claim that they speak different languages ​​than their neighbors is questionable – such as Serbian and Croatian. In 1850, writers and linguists from Serbia and Croatia signed the Vienna Literary Agreement, declaring their intention to create a unified Serbo-Croatian language. As a result, until the collapse of Yugoslavia in 1991, people who described themselves as Bosniaks, Serbs and Croats called the language they all spoke and understood “Serbo-Croatian”.

After 1991, however, the collapse of the Soviet Union eliminated the external threat of Soviet intervention that had held Yugoslavia together during the Cold War. Ethnic hostilities inherited from World War II, particularly between Serbs and Croats, have resurfaced. This led to both armed conflict and each group calling the language they spoke by their own name – even if it was no different from the Serbo-Croatian they spoke before.

Other examples of mutually intelligible dialects being counted as languages ​​include Czech and Slovak spoken in the Czech Republic and Slovakia, Hindi and Urdu of India and Pakistan, and Norwegian and Danish in Norway. and in Denmark.

Is it really the same thing? 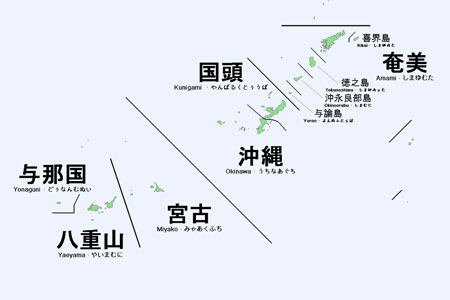 The Ryūkyū Islands in southern Japan are home to several indigenous languages ​​distinct from Japanese. Garam via Wikimedia Commons.

There are also cases where it is claimed that two groups speak the same language, but this is not the case. An example of this are the Ryūkyūan languages ​​spoken by natives of the Ryūkyū Islands – the best known of which is Okinawan – and Japanese. The Ryūkyūan languages ​​split off from what would become the dominant Japanese language over 2,000 years ago and are not mutually intelligible.

However, when the Japanese annexed the Ryūkyū Islands as a province in 1879, they glossed over these differences, claiming that Ryūkyūan was just a Japanese dialect. And in 1907, in its quest to promote national unity and homogeneity, Japan legislated against the Ryūkyūan languages, classifying them as inferior and inappropriate varieties of the true Japanese language, and prohibiting children from speaking their mother tongue Ryūkyūan at school.

Ultimately, the determination of whether two groups speak different languages ​​or dialects is partly objective and partly determined by politics and power.

A key difference was described to Yiddish linguist Max Weinreich by a participant in one of his lectures in the mid-1940s: “A language is a dialect with an army and a navy”. The Ryūkyūans had no army. Ukrainians yes.

This article is republished from The Conversation under a Creative Commons license. Read the original article.

Share this story! Let your friends on your social network know what you’re reading

Welcome to the position of Computer Assistant at UNIVERSITY OF SOUTHAMPTON