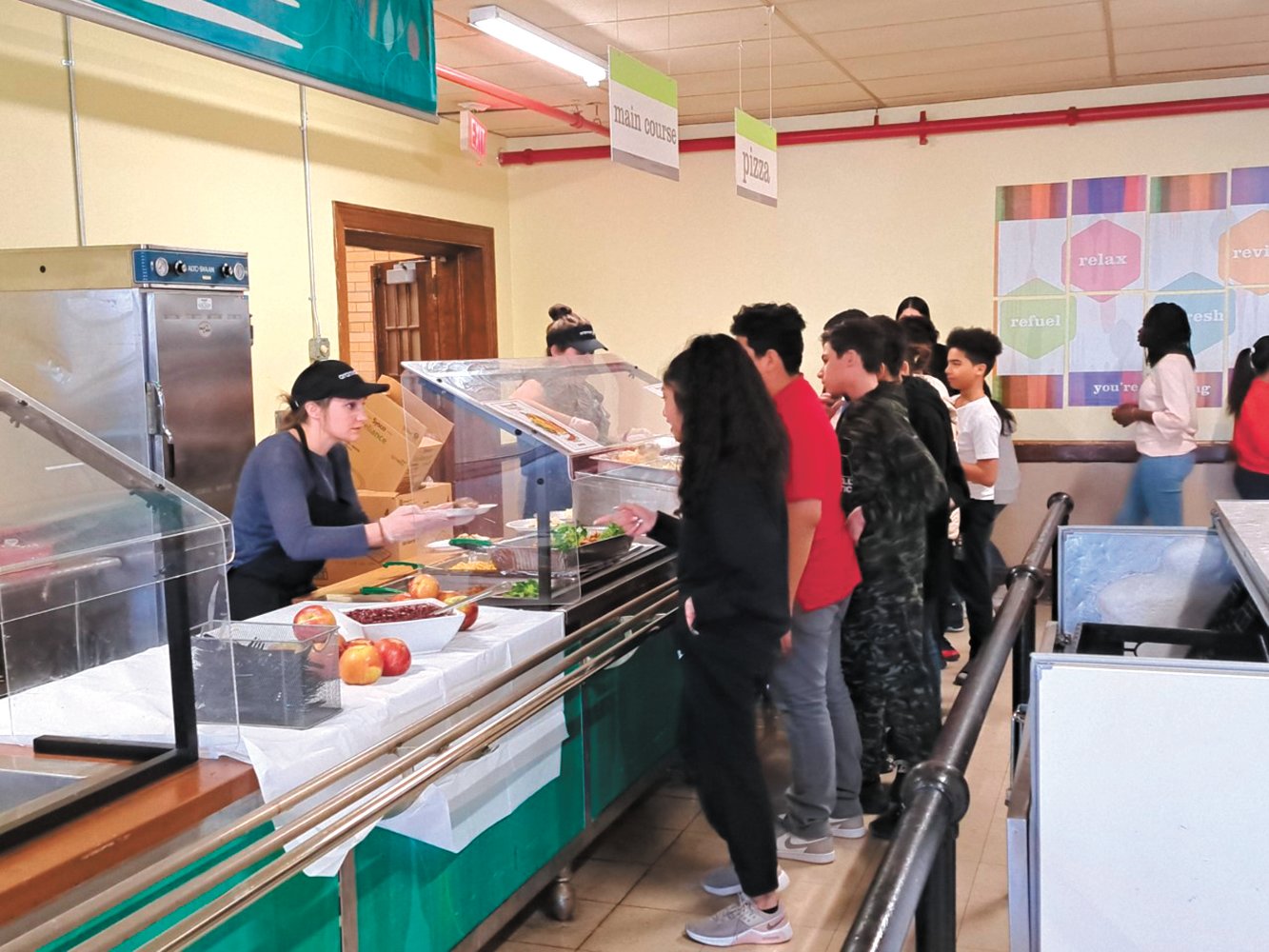 Last June, 14-year-old Steven Carrera moved from Guatemala to the United States when his aunt offered him the opportunity to come live with her and study in America. The teenager had to decide quickly if he would go and quickly flew out, eventually settling in Cranston.

Carrera is one of approximately 130 students in grades six through eight who participate in the Cranston Public Schools Multilingual Learner (MLL) program housed at Hugh B. Bain Middle School. He and his classmates shared their trips to America as well as stories of what they are grateful for during the MLL program’s Thanksgiving celebration on Nov. 22.

The Thanksgiving celebration began at Park View Middle School when the English as a Second Language (ESL) program – now known as MLL – was housed there. The program eventually moved to Bain Middle School where the celebration has since taken place. The event was led by the school’s Dream Team teachers: Kerri Lapierre, Dino Bachini, Courtney Matarese, Joseph Ceraldi and Christian Whittaker as well as the RI Reds: Sue Dean and Keo Phrathep.

On Tuesday, students and teachers gathered in the auditorium where Superintendent Jeannine Nota-Masse greeted everyone, followed by Principal Keith Croft who said a few words. After the welcome portion of the program, 23 students walked across the stage with flags representing each country that one of Cranston’s current MLL students is from. Christian Solis Cintron and Yadiel Moreno hosted the event followed by students enjoying a Thanksgiving feast. The tables were decorated with yellow and orange tablecloths with festive fall centerpieces.

Lapierre, who is the MLL team leader and English teacher for the program, said the turkeys and dessert were donated by Dig In Dining and Entertainment and Aramark provided side dishes. The turkeys were brought to Cranston High School West for the students to cook, then sent the poultry to Bain Middle School. Lapierre thanked Grace Swinski, parent and family engagement coordinator, for the gift cards that allowed MLL staff to choose more Thanksgiving foods at the market.

This year marks the first time since the pandemic that the Thanksgiving celebration has fully returned. Last year, staff served students nothing but desserts and listened to essays about what they were grateful for and about their trip to America.

One of Lapierre’s favorite parts of the event is reading student essays.

“Until you read those stories, you don’t necessarily realize what’s going on in their family life,” Lapierre said, adding that the stories may tell of challenges or sacrifices they’ve made to come here. .

Many students shared their trip to America; the trip came with mixed feelings of excitement and sadness.

“I was happy because I had a new life and a new education,” said Awa Ceesay, who left The Gambia last May. “I was sad because I was leaving my mother, my grandmother, my brothers and sisters, aunts and uncles who I had been with for twelve years.”

Gabriel Isaias De oleo Morales, 13, was happy to move from the Dominican Republic to America in 2018 as he would see his family who already lived here. He wrote that his family had come to seek a better life and education.

Students referenced some of the differences between their home country and the United States, such as food, vacations, weather, language, and clothing.

“I noticed that school starts at different times of the year because in Guatemala they start in January and in America they start in September,” wrote Angel Carranza, who was born in Guatemala and came to the States. United in 2018. “The food here is way different in terms of flavor and portions.”

Carrera, who has spoken of moving in with her aunt, shared that there are more opportunities for school and work here. He added that he talks to his parents and sister on FaceTime every day.

Nhi Dao, 14, wrote about his life in the city of Ho Chi Minh, Vietnam, and his move to the United States two years ago. Dao had to leave her mother behind, giving her a bouquet of roses to say goodbye. Doa then flew with her father and arrived in California.

“I have hardly seen anything like Vietnam, like the food. There are dishes I have never eaten like takis, tapas, burritos and pretzels,” Dao wrote. Ultimately, my impression of American cuisine was that all the food was too salty and the cakes here were too sweet for me.”

Several students shared how grateful they were for this Thanksgiving.

He added that he was grateful for his home because some people aren’t so lucky.

Yoskar Joaquin Pena shared that he was grateful for his school, friends and family.