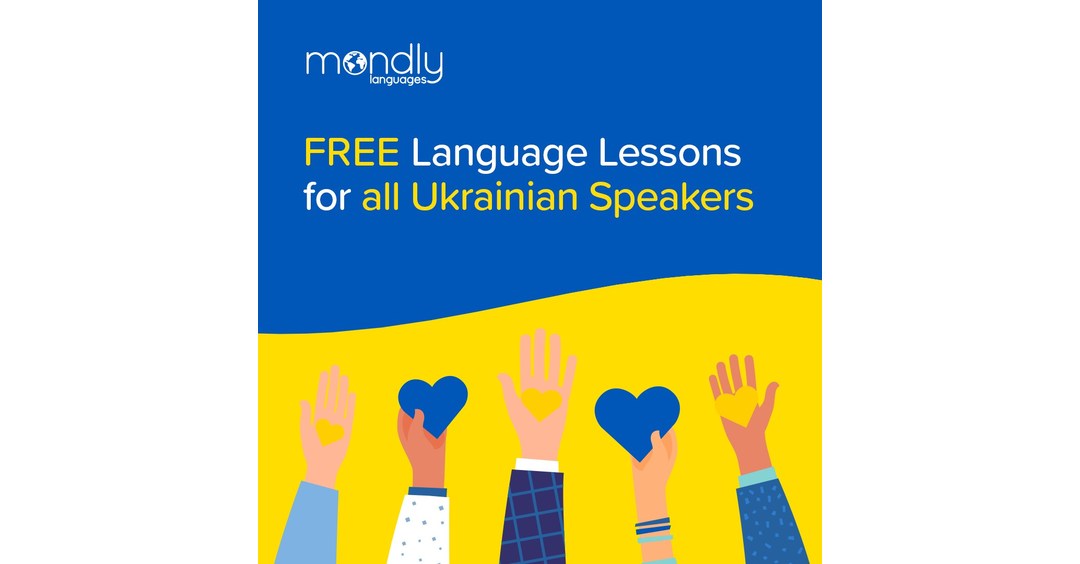 In light of recent events, millions of Ukrainians have been forced to flee their country to safety. As they leave their homes, their livelihoods and sometimes their families, their only hope is to find a helping hand in neighboring countries. In this time of crisis, language barriers should be the least of their worries.

Wanting to support those in need, the Mondly language learning app is committed to helping all concerned Ukrainians connect with people of other nationalities. The app has unlocked its premium content for Ukrainian natives and offers lessons for 25 European languages, including English, Polish, German, Romanian and more. Starting now, Ukrainian refugees can easily access all lessons by simply choosing Ukrainian as their native language in the Mondly app.

“It’s really heartbreaking to see what’s going on in Ukraine at present. I spent a month in Kyiv last year and got to know the people, the culture and their language. They are such warm and welcoming people, and they deserve so much better than this. I am proud to be able to offer Mondly’s language learning services free of charge to all Ukrainians in light of the current situation.”, noted Alexander IliescuCEO and co-founder of Mondly.

“We are grateful to everyone who spreads the good news to help people who could benefit from Mondly. Now, more than ever, languages ​​can serve as a pathway to friendship and world peace.”

Mondly focuses on practical topics and real conversations so everyone only learns what matters most and gets fluent faster. The app teaches everything from basic conversations to professional content for personal improvement and workforce training. Its extensive language portfolio also offers Ukrainian courses in 25 European languages. Poles, Romanians or Germans can all learn Ukrainian from their mother tongue if they want to welcome or just warmly welcome refugees.

Named “App of the Year” by Facebook, “Best New App” by Apple and “Editors’ Choice” by Google Play, Mondly is a leading language learning platform with 100 million learners worldwide. Launched in 2014, it quickly became a leading application in the mobile space, reaching the #1 position in education in most European countries, LATAM and Asia. According to Statista, Mondly is currently in the Top 5 language learning apps in the world by number of downloads.