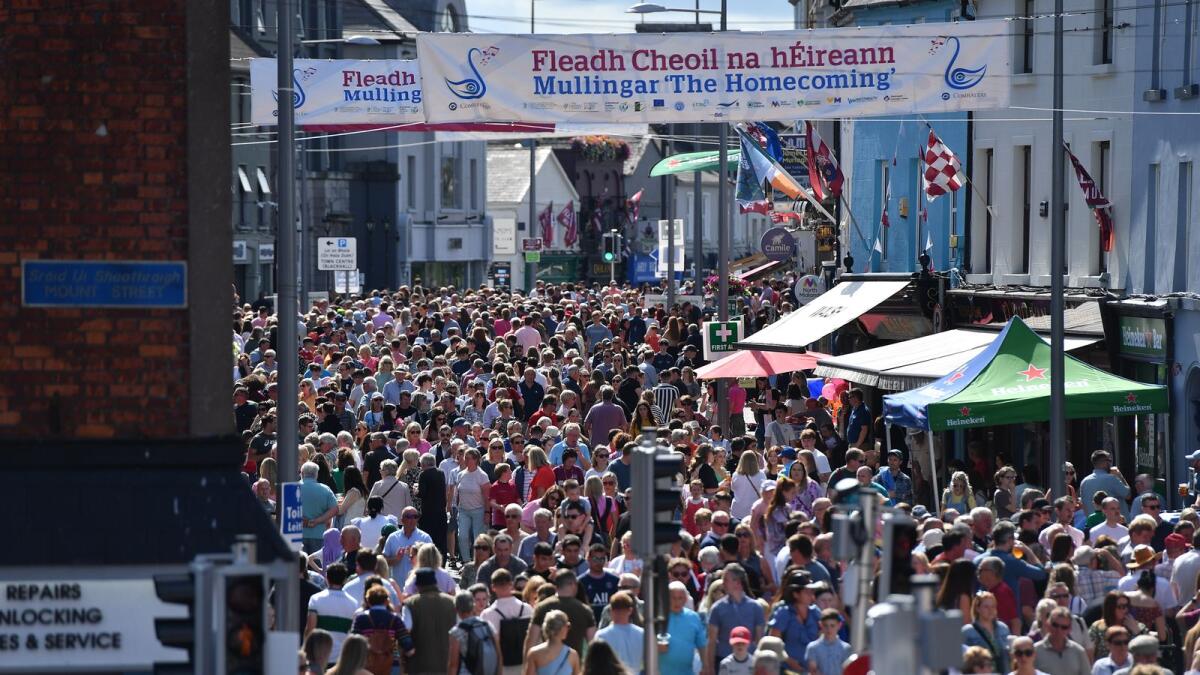 Fleadh Cheoil in Mullingar comes to an end tonight, after a week of celebrations which drew over 500,000 people to the town.

This important return to Westmeath has been celebrated nationally and internationally, as the town of Mullingar marks the Fleadh’s momentous return after nearly 60 years.

During the week, the town of Mullingar welcomed over 500,000 visitors. Thousands of competitors from Ireland and abroad battled it out for All-Ireland titles in over 180 competitions – with many local winners.

Hundreds of students attended Scoil Éigse, Comhaltas’ annual summer school, where people of all ages and backgrounds come together to take part in a variety of music, singing, dancing and Irish language lessons .

Some of the most magical moments of the week included an uplifting opening ceremony by Irish President Michael D. Higgins; a special performance by Ukrainian refugees who found solace in the town of Mullingar; an awards ceremony for former Taoiseach Brian Cowen for his longstanding commitment to Comhaltas and the inaugural Ashling Murphy Fellowships were awarded to musicians, Lisa Ward, Caoimhe Maddigan and Jason McGuinness by the parents of the late Ashling Murphy at Comhaltas National Folk Orchestra.

Finally, the ‘Boithrin Smaointe’ Memorial Concert was held to reflect on the origins of Comhaltas and the families of Co. Westmeath who were instrumental in building Comhaltas and Fleadh Cheoil na hEireann – from a small gathering of 400 in 1951 to the world-renowned monumental gathering it has become.

Joe Connaire, Chairman of the Fleadh Executive Committee, said: “It was a privilege to host this year’s Fleadh Cheoil na hÉireann in Mullingar. We are so proud of the town and surrounding community for coming together and creating a truly memorable celebration. I would also like to thank our team of dedicated volunteers who were praised throughout the week for their dedication and hard work. Everything from concert platforms to street performances and of course competitions were warmly welcomed, with Fleadh viewers showing once again that the spirit of traditional music is still very much alive not just in Ireland, but in the world !”

Speaking about the event, the Árdstiúrthóir of Comhaltas Labhrás Ó Murchú said;

“The Fleadh has been an outstanding success against the backdrop of two years of exceptional challenge. The hundreds of thousands of people who converged on Mullingar from all parts of Ireland and around the world expressed their joy at being reunited with friends and colleagues from the Fleadh.”

He continued; “The Fleadh committee, in partnership with Westmeath County Council, did an exceptional job. The tens of thousands of musicians in attendance enjoyed one of the best fleadhs in the history of the festival. We are delighted to have three entries to host the Fleadh in 2023. These are Mullingar (which will obviously be ahead), Belfast and Wexford The decision will be made by the Árdchomhairle of Comhaltas on September 3, 2022. Estimated attendance figures would be similar to pre-Covid ones, which were around 500,000.”