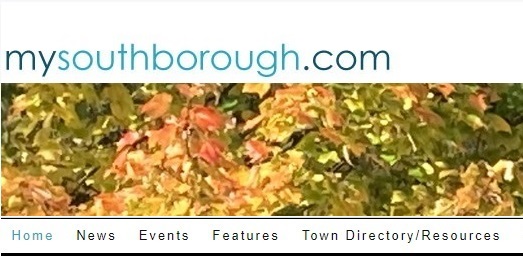 Community Advocate staff covered a discussion at a recent board meeting and several topics from recent school committee meetings that I haven’t had the opportunity to cover. Here are the highlights and links.

For the first story, I add a context that was not included in the weekly article.

Earlier this month, I wrote about the planned discussion between the residents of Chestnut Hill Road and the Select Board on the petition to close the one-way section of the road. I didn’t have time to write a follow-up story, but the board did.

Ultimately, the Council was not persuaded to take action, but is ready to consider the request. First, residents should address the concerns of the fire chief and assess how much it would cost to resolve the issues:

If portions of the road are closed to through traffic, [Fire Chief Steven Achilles] said the fire department would need an appropriately sized dead end or turnaround for fire apparatus at the point of closure at both ends.

During the meeting, the fire chief noted that fire trucks must have the ability to turn around on dead-end roads.

“It’s not practical to back down on Main Street,” he added.

Beals mentioned that there is a parking lot in front of where he lives as a potential place to turn. If pavement improvements are made, rather than closing, it would only increase the speed of vehicles, he said.

Braccio asked where the fire apparatus would turn when the parking lot contains cars.

Board member Martin Healey said he was against the proposal and residents had not made a “compelling argument” about the need for a closure.

Beals and other residents said the road is dangerous for pedestrians, children getting off school buses, cyclists and people walking dogs as well as people pushing strollers. In addition, vehicles sometimes roll in the wrong direction on the road, which creates a danger for other cars.

Beals said the board should “welcome the opportunity to avoid serious accidents and prevent collisions from happening.”

Resident Brian Dugdale noted that finding an engineering solution for the turnaround was doable. (Read more)

It is worth adding that it was not in the story. . This summer, the Select Board discussed a similar potential plan for Northborough Road – a road closed to road traffic but open to passive recreation.

When discussing the potential closure of Chestnut Hill Road, residents and officials seemed to assume that Northborough Road Culvert will be repaired and the road reopened as an alternative route. The crossing road has been closed since late spring when the culvert was deemed unsafe for vehicles to continue to use.

In August, Galligan argued that money could be saved on repairs to the deteriorated culvert by converting it to a creek bed, creating two dead end roads. Some Council members expressed support for the concept. The idea was floated to create a walkway instead of one to support cars and trucks. Council asked Karen to clarify what would be the difference in cost between a full repair and the alternative. There has been no record of this update in public meetings since.

An item to fund work on Northborough Road was proposed for inclusion in the town’s special meeting mandate earlier this fall. The updated details were apparently not available at the time of the selection committee’s discussions and they were ultimately removed from the list. The concept was not raised during the November 3 discussion on Chestnut Hill Road.

At the November 16 council meeting, city administrator Mark Purple told council that State Senator Jamie Eldrige has earmarked $ 70,000 from the state’s ARPA funds for repairs. culverts. This was not yet included in the House version. Since then, the state congress failed to reconcile the House and Senate versions before their long break. (Even though the assignment is part of the version that eventually passes, reserved funds do not always translate into real funding.)

The following stories relate to all schools in Southborough and / or Algonquin.

Although Algonquin is one of the few schools with an 80% vaccination rate that allows face masks to be opted out, District Welfare Director Mary Ellen Duggan advocates keeping students masked during the holidays. She recommends reassessing the situation two weeks after the December recess, when the state’s mask tenure could end:

The school community at Algonquin Regional High School may continue to go into hiding until at least January, following a recent recommendation from district staff.

This despite an unsuccessful motion during a meeting of the regional school committee on November 17 by member Daniel Kolenda to immediately remove the masks. . .

Although other members of the regional school committee voted against the motion, some committee members expressed support for the removal of masks at later dates or for the adoption of policies similar to those of Hopkinton High School, which has implemented its own flexible masking model. . .

As Duggan proposed [her] recommendation, the medical advisory team had only recently discussed the details of a masking release for Algonquin.

The team decided on three criteria they want the school to meet, including vaccination rates of over 80%, a stable or decreasing number of cases at school, and low to moderate community transmission rates such as: as defined by the Centers for Disease Control and Prevention.

About 88 percent of Algonquin students are fully immunized.

Duggan said on November 17 that there had been two cases of COVID-19 in the past four weeks in Algonquin. That included three weeks with zero cases before two appeared last week. Duggan called these figures “spectacular”.

They come in a year that has seen 58 cases in total in high school.

Community transmission rates, however, continue to be a sticking point.

“The number of cases in Southborough has been really high over the past two weeks,” Duggan said on November 17. (Read more)

The mask policy was not the only subject on which Kolenda disagreed with her colleagues. He again advocated reconsidering retaining the Tomahawk as a mascot. According to the newspaper, two former students of the school also tried to convince the administration.

“I would say they were told we rejected the Tomahawks,” replied Paul Butka, another member of the school committee. “If they were talking about the Tomahawk, they would be wasting time. We told them it was gone.

This exchange took place at a recent school committee meeting on November 17, as principals continued to discuss the mascot and its proposed replacement. (Read more)

As I previously shared, the Mascot Study Group released a poll asking for comment on 9 choices to be reduced before the students vote on the replacement. The article indicates that by the date of the meeting, they had already received nearly 1,400 responses. The group was scheduled to review the comments on Monday. So expect an update soon.

The article describes the district’s challenges with shortages of food and truck drivers to deliver it:

In the face of food shortages, food service staff at Northborough and Southborough Public Schools have rolled up their sleeves to get creative.

“We had a few challenges and certainly these are a lot of well-known national issues and they are coming to the boroughs,” Deputy Superintendent of Operations Keith Lavoie said at a Northborough School Board meeting on November 3. . “We are not exempt from these things.” (Read more)

The article describes the World Languages ​​program as taught in Neary’s 4th and 5th grade classes. Students are introduced to Spanish and French twice a week. The concept was introduced by a parent in 2018 and explored further by a study group led by Neary’s director Kathleen Valenti. The budget for hiring a dedicated teacher has been set up for this school year:

Valverde Collado, originally from Madrid, was then hired as part of a new partnership with the Massachusetts Department of Preschool and Secondary Education and the Education Department of the Spanish Consulate. . .

Valenti described the program as a foreign language exploration program.

“It really creates a solid foundation and a starting point for our students as they transition to foreign language programs at Trottier. [Middle School]”said Valenti.

Valenti said the program is less about language acquisition and more about exposing students to other cultures and countries.

“They explore other cultures and countries, learn about music, traditions, languages ​​and ways of life,” said Valenti. (Read more)

Northborough and Southborough Public Schools have launched an app where parents can track their child’s bus.