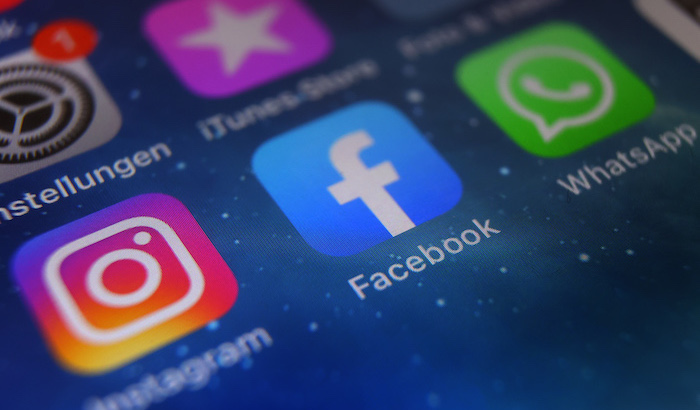 In early June, 8.4 billion stolen passwords were made public around the world. This large collection, available to everyone, is called â€œRockYou2021â€ and is stored in a 100 GB text file.

On October 4, WhatsApp, Facebook and Instagram were blocked and therefore all sensitive data was logically copied at the initiative of skilled hackers, of which our planet can boast of anonymous categories with superior and exceptional abilities who care little about prime numbers.

At the same time, when we log into thousands of multilingual cut-and-paste websites, they come up with pathetic software that begins with the phrase “We care about your privacy.” And in Italy where “amore” (love) has always rhymed with “cuore” (heart), some think that Internet users – reading this – take out their handkerchiefs to wipe the tears of emotion because there is someone who thinks to them, without realizing that they are rather tears of laughter.

On loopholes and superstructures

Others say there are laws to protect the naive and gullible few users, but they forget a proverb and a key to political thought. The proverb is: “every law has its flaw” and the key is: “laws are a superstructure”.

So, many people are curious as to whether the advertising of the Internet giants respects confidentiality – commonly referred to as barbaric privacy – and whether the establishment protects them from the many nasty hackers.

It is in the advertising interest of the Internet giants (the establishment) to use each user’s privacy, such as monitoring chat history (mainly WhatsApp) or call content, as the methods and the means are there.

One need only watch a few excellent American series, starting with the captivating Mr. Robot and other series, to realize that fresh, young minds are enough to do it. Imagine the scruples that Internet giants can have when it comes to ethical values â€‹â€‹such as confidentiality and secrecy.

The risk / benefit ratio of the Internet approach is high, because what is at stake is not the Kantian ethics (the superstructure) – which is worth very little – but the profits in any currency, which ‘it is real or in bitcoins (the structure).

The ease of exposing private information

Internet giants and private hackers can control user privacy in a number of ways, which are really beyond the cognition of many web users.

It is natural that most of our privacy is exposed by ourselves to third parties. We all know there is a word on the Internet called “research”. Basically, for most people who are particularly active on the Internet, it is very easy. for those who are interested in the question, to discover the forms in which private life is oxymorically manifested in broad daylight.

Most of the time, people don’t know how much privacy they are exposing when searching or simply browsing. We believe that it is impossible for ordinary third parties to know who are the ones investigating Internet users. I am talking about both honest people and criminals. Before being discovered, however, even a criminal has a right to privacy.

Internet giants and independent hackers have data and systems that we humans cannot even imagine. Internet giants help the police to catch intruders, saboteurs or other criminals, and can often provide very comprehensive information on suspects, including last address, area of â€‹â€‹activity, etc.

As usual, the problem is moral – therefore negligible -: intruders, saboteurs or other criminals were previously ordinary citizens. Therefore, as they are watched, so are we. This is logic, not inference.

As noted above, data from internet giants and private hackers is plentiful and much larger than many ordinary people might think.

The vast majority of Internet users, in fact, do not have a deep understanding of all this and may think that an Internet giant does not know one Internet user or another when he connects to a web page or when it sends top secret documents to their counterparts.

At the same time, barely skilled people – though aware of being caught up in privacy stories – are re-evaluating old systems: personal meetings in unthinkable places; delivery by systems reminiscent of old films from the 1950s and 1980s. In practice, the wily incompetent overturn one of the first absurd claims of the digital age: “With the Internet, books will disappear.” It didn’t take long to realize that a book in pdf format is unreadable and only serves to find strings in it, i.e. sentences or words.

The aforementioned internet giants often use the same set of advertising and management platforms for different products, whether deployed on the household internet or in the dangerous and ruinous deep web, which is the part of the iceberg below sea level.

If the leader of an Internet giant wants to maximize the value of the data, he asks to verify all the â€œclickedâ€ components of the product, in order to obtain the correctness of the tags, that is to say the sequence character set with which items in a file are marked for further processing. in order to obtain the maximum advertising revenue (the structure).

At the same time, the mobile Internet (that is, the one that can be accessed by smartphones, which used to be ridiculously called cell phones) offers more possibilities to locate people, obviously more precisely than landline. at home. So those who do not want people to know that they are at home, and go elsewhere with their smartphones, communicate their place of wandering, believing themselves to be invisible.

The perfect setting for surveillance and control

In fact, if we think about it, home desktop computers often provide inaccurate data to those who spy on us for our tastes and preferences. For example, it happened that some basic data showed that 3,000 users, with an average age of 30 to 40 years, suddenly seemed to be getting younger. So, the Internet giant was initially surprised, but soon realized that many children were using their parents’ computers.

To remedy this, the internet giants – in close association with the telephone industry – have moved beyond the primitive and very common scenario of family desktops and shared workstations in cyber cafes for young adults, and have forced parents and grandparents to equip their minor children with smartphones. .

Thus, an Internet giant has the perfect framework to monitor, control and diversify the tastes of smaller age groups, thus obtaining higher profits (the structure) at the expense of privacy (the superstructure). . The phone industry is grateful for this, as its profits are increasing simultaneously, thanks to buyers who barely know how to use 5% of the functionality of the aforementioned device.

A lot of people don’t have a clear understanding in their minds about the data connection. For example, if product / desire / curiosity A and product / desire / curiosity B are used at the same time, and A and B are owned by the same Internet giant, it is actually very easy for them to establish a data connection mechanism share any of the user’s desires through specific characteristic information.

Such a system makes it possible to recommend a product / a desire / a curiosity or to use the same advertisement that the user personalizes without realizing it. A lot of people think they are smart having separate accounts for different purposes. But it only appears on the surface: in reality, it is easy for internet giants to know the relationship between these accounts and put one and one together.

The smartphone is an even better container for the internet giant and the hacker to collect unique identifying information from that “device”, such as that user’s number, phone book, and other data. . In fact, while the user is not sufficiently security conscious, many software installations (i.e. applications) already collect various information by default.

In turn, the credentials of this device (the smartphone) are used by various software located on remote servers. If the product / taste / craving belongs to the same internet giant or the same third party data company provides technical support, it is actually very easy to get user data through them.

Moreover, during the installation of the applications, the phone numbers of the unfortunate naive users were collected on the remote server without their knowledge. This is because when most people install apps, the default privacy permission step is simply ignored.

It is annoying for users to read all these long pages and so in the future the internet giant will say that it is their fault and not their fault if they are spying on their privacy because they authorized him to do so! Provided it is true that if they refuse, he does “morally” what they have chosen. Naive people probably still think so.

“Natural” language programming is coming sooner than you think