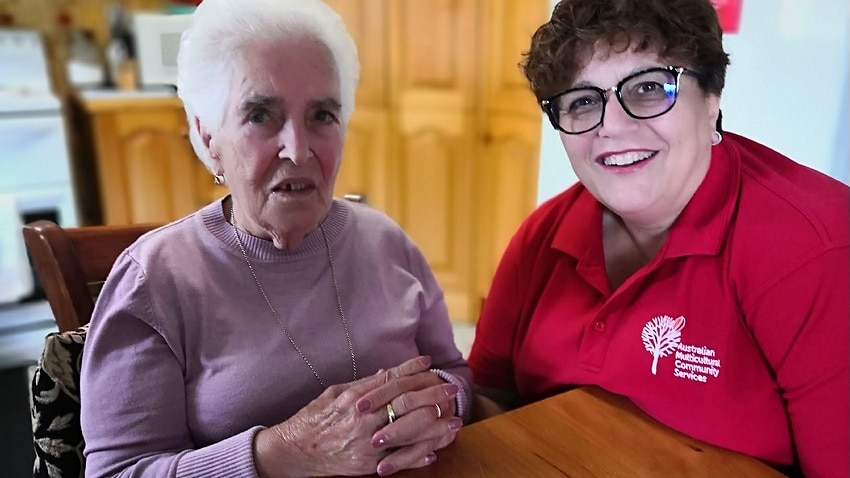 With a team of 140 volunteers and 230 paid staff, AMCS has served Victoria’s multicultural seniors for 39 years.

While many of its 1,700 customers speak English, those with dementia often revert to their native language, Drozd said.

“Before COVID, Australia was accepting 80,000 to 200,000 immigrants every year. During COVID that number dropped to 40,000 and that’s really had an impact on home care and aged care for people from multicultural communities,” she said.

A report by the Australian Bureau of Statistics, published in March 2021, traces the decline in the number of migrations to Australia.

The number of migrants has continued to decline since the report was tabled, Drozd said, and the government is doing little to address the issue.

“Unfortunately, I don’t see enough of what is being done to alleviate the situation,” Ms Drozd said.

She said a special visa should be created to entice overseas migrants to work in the industry and fill the significant staff shortages.

Without immediate action, Ms Drozd said, many older people such as Maria Mesiano, 88, could lose the essential support they need.

Ms Mesiano lives in the suburb of Altona North in Melbourne’s west, suffers from dementia and relies heavily on the business and the support she receives from elderly worker Tina Parisi.

We need to manage elderly care well – that means raising wages and improving staffing so people can stay in the industry.

Otherwise, the exodus will continue. https://t.co/okSQv97Fsl

“At the moment I have 11 clients from three nationalities: Italian, Maltese and Polish,” Ms Parisi, who works six days a week and hasn’t taken a holiday for over a year, told SBS News.

In an ideal world, the 60-year-old carer would prefer to work five days a week, take holidays every six months and care for eight clients instead of the 11 she currently cares for.

But Ms. Parisi knows that is not an option. “The demand is too high,” she says, adding that she refuses to give up on people who desperately need her.

Ms Parisi admits her work is taking a toll and she doesn’t know how long she can keep going.

“Sometimes the mental strain is more than physical because when you go to clients, [often] they’re upset or sad or remembering things and it kind of wears you down,” she said.

In addition to caring for the elderly, elderly care workers like Ms Parisi play a central role in communicating crucial pandemic-related information about the importance of vaccines and reminders to their clients of personal care. elderly.

“When someone doesn’t speak English and gets information in [different] languages, they tend to group them together and [misconstrue] things,” Ms. Parisi said.

In a statement to SBS News, a spokesperson for the Federal Department of Health highlighted a range of initiatives the government has launched since the start of the pandemic to support culturally and linguistically diverse older people (CALD) in Australia.

“On December 8, 2020, the Culturally and Linguistically Diverse Communities COVID-19 Health Advisory Group was established…The advisory group meets monthly and issues a statement after each meeting. Members of the advisory group include experts in public health and medical and representatives from various organizations representing multicultural seniors in Australia,” the spokesperson said.

Although Ms Drozd acknowledges the support – including $1.2 million in funding from the Victorian Government announced on January 17 to tackle COVID misinformation in multicultural communities – she believes much more needs to be done urgently.

“I would like to acknowledge that the federal and state governments have implemented various initiatives, but all that has been done is not enough,” she said.

“Make a special visa for those who want to come from abroad and work in key industries and support the elderly population,” she said.

Crypto, NFT, Web3: People Hate the Future of the Internet