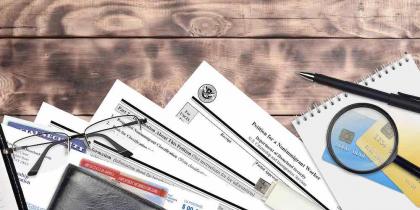 The proposed bill makes fraud more difficult. The bill requires all H-1B job postings to be listed on the US Department of Labor (“DOL”) website for 30 days. Employers are prohibited from employing more than 50% of their workforce in H-1B jobs. The law also requires employers to adjust wage requirements for H-1B jobs in a way that reflects changes in the cost of living across the United States.

Proponents of the bill are confident the proposed changes will reduce H-1B visa fraud, allowing U.S. employers who badly need foreign labor to better meet their demands, even without raising the cap. of the H-1B visa.

The bill also proposes a solution to the current green card arrears. By phasing out the country caps by 2032, the bill would prevent the United States Citizenship and Immigration Services (â€œUSCISâ€) from being overwhelmed by a huge number of pending applications.

It is well known that the immigration system has suffered many setbacks, and reform is long overdue. The last major reform dates back to 1990. At least five presidents have channeled their efforts into proposing drastic immigration reforms, but some have had little success.

The current immigration system has capped many visa programs, limiting the number of visas issued. This restricts employers with an immediate need for manpower because they cannot find enough workers to hire in the United States. Since the pandemic, the United States has experienced severe labor shortages, forcing employers to push for an increase in the cap on employment-based visas.

One of the most coveted visa programs for employers is the H-1B, an employment-based visa for immigrants in skilled occupations. Each year, only 85,000 H-1B visas are issued, of which 20,000 are reserved for applicants with master’s and doctoral degrees from American universities. There are many more applicants each year than the numerical limit allows, so there is a lottery going on. The H-1B program is also criticized for fraud by employers, some of which employ foreign workers and pay them less than they would pay equivalent American workers.

Different Agencies – Who and what should we believe about masks?