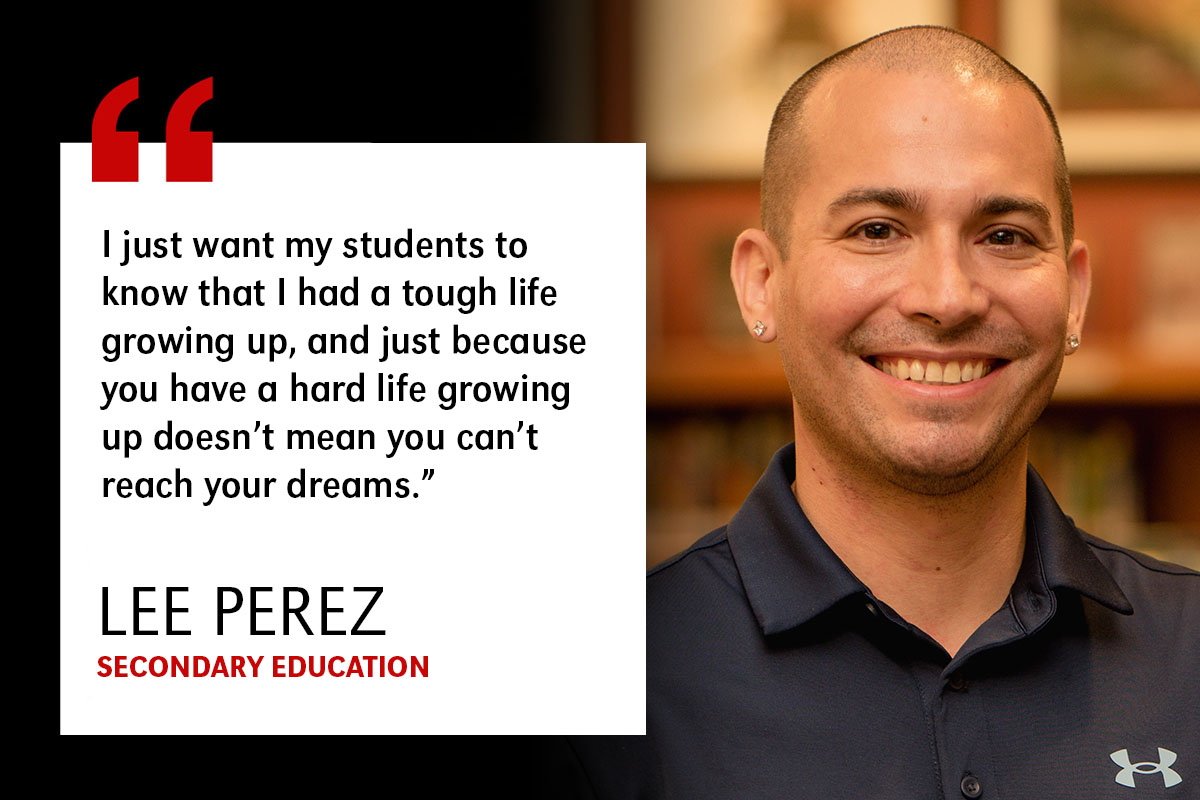 Lee Perez, a former UN student and grades 5-8 English as a Second Language (ESL) teacher at Alice Buffett Magnet Middle School in Omaha, was named the 2022 Nebraska Teacher of the Year at a surprise prize-giving ceremony on October 13.

Perez was one of four finalists for the Nebraska Teacher of the Year award. Former UNO, Mikayla Bruner (BS ’09), of Westside Middle School in Omaha, was also a finalist and will be recognized as the winner of the Excellence Award.

Perez began his teaching career in 2008 at Marrs Magnet Middle School in Omaha, where he taught a Grade 7 Dual Language Global Studies program until 2019. He then moved to Middle School Alice Buffett Magnet where he currently teaches English from grades 5 to 8. Tongue.

In addition to his classroom experience, Perez is an active member of the community belonging to many organizations including the Ethnic Minority Affairs Committee, the Omaha Education Association Metro Council, the Association for Nebraska State Education and the English Learner Pathway Committee for Omaha Public Schools. . Perez has also received several teaching awards and has been featured in several publications for his work as a teacher.

In the classroom, Perez has unique challenges in teaching English learners, and he takes a holistic approach to reaching his students by combining culturally relevant instruction and engagement strategies in language learning. In doing so, Perez teaches his students a new language as well as a new culture while celebrating their own origins and cultures in the classroom.

“It’s important to embrace diversity. We have to recognize that being different is special and that those differences need to be valued while learning,” Perez said in his application. “Good teaching doesn’t always come down to effective lesson planning, data, assessments or observations with administrators. It is about empowering our students to strive to be the best versions of themselves socially, emotionally, intellectually and academically. “

Perez said his message to teachers is to be kind, culturally aware and tolerant and that kindness should be our new “pandemic.”

Perez has been a teacher for 13 years and graduated from the University of Nebraska at Omaha with a BA in Secondary Education. Perez will enter the National Teacher of the Year competition later this year.

“I am grateful to the University of Nebraska at Omaha and the College of Education, Health, and Humanities for providing me with incredible educational tools to make me the best educator I can be in my career. teacher, ”Perez said.

“I am very proud to be a UN graduate and look forward to representing my Alma Mater, Omaha Public Schools and the State of Nebraska as Nebraska’s Ambassador at the national level. Go mavericks! “

Read more about Lee Perez at Omaha.com. Photos and copy of press release courtesy of the Nebraska Department of Education (NDE). To see the EMI press release.

Flexible study for a changing world